In this article, we will demonstrate how you can tweet an image using the Twitter API using two approaches: Tweepy (simple) and Requests library (native). It uses the Media Upload API of Twitter to accomplish this.

The idea is to upload our image to Twitter Server using Media Upload API which will give back an URL pointing to our uploaded image. Following this, we can add more information like meta data for the image and continue in the process of making our tweet.

Before we go into the details, we will go through some basic information about Twitter API. You can go directly into the code if you are familiar with the basic details.

What is an API (Application Program Interface)? 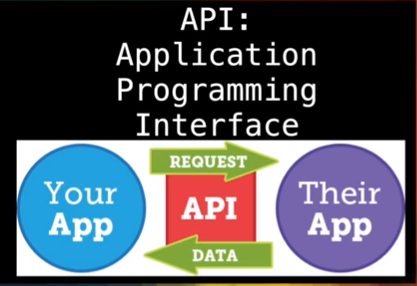 Steps to perform the task

Tweepy is a python dependency that we will be using to generate tweets.Tweepy is a Python library for accessing the Twitter API. It is great for simple automation and creating twitter bots. Tweepy has many features.

Read the Documentation of tweepy from here

After importing the dependencies, first we want to create 4 variables that will authenticate with Twitter.You will find all the required variables in your developer's account dashboard and we can copy and paste each of them as strings.

Now, we'll create a variable called off for auth and use the OAuth handler method of tweepy. This method takes two arguments the consumer key and the consumer secret. This method was written inside of the twepy library and all of its functionality is in our hands.Now we have to call the set access_token method on the auth variable which takes two arguments the access token and the access token secret and that's it we've created our authentication variable now.

Now that we have our API variable we can perform many different possible tasks.We can make a textual tweet with attached image using update_with_media method which takes image_path and a string as input.

What is Requests package?

The requests module allows you to send HTTP requests using Python.
The HTTP request returns a Response Object with all the response data (content, encoding, status, etc).We will be using the post method of requests library to send a request to tweet.

After importing the dependencies, first we want to create variables(consumer_key and consumer_secret) that will authenticate with Twitter.You will find all the required variables in your developer's account dashboard and we can copy and paste each of them as strings.

The twitter API requires a single key that is a string of a base64 encoded version of the two keys separated by a colon so we will encode the consumer keys into base64 which is the usable form.

Now, we will assign a dictionary variable with the parameter we want to pass into the post request. Here, the status key of dictionary variable is assigned with 'Hello World' which is the message we want to tweet.Also we will specify the media id which we generated to attach the image with our tweet. After this we will assign a variable with the post URL where we will be sending the request to the twitter server.Now use the post method of requests package to send the tweet request and store the response into a variable. 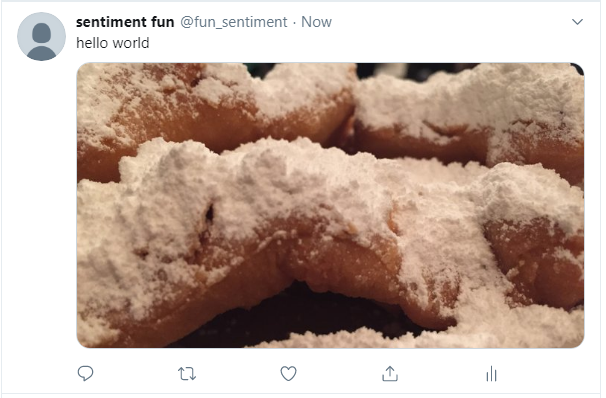 With this, you have the complete knowledge of uploading an image on Twitter server and using it as a tweet. Enjoy.

In this article, we will understand the different techniques for language identification which involves two steps namely language modelling and classification