Usually the supervised super resolution algorithms focus on improving the resolution of images by reducing the Mean Squared error (MSE) and increasing the Peak Signal Noise Ratio (PSNR) , which results in improvement in pixel wise differences but perceptual differences still exist and this not necessarily represents finer texture details. In the below figure you can observe that the increase in PSNR ratio doesn't represent the high resolution image.

In this research paper, the author focuses on mainly Single Image Super Resolution (SISR) and introduces method that avoids the smoothening effect post application , unlike that of filtering methods.

According to the research of the authors on different literatures it was seen that deep neural networks produce high accuracy even though it was hard to train deep networks.To efficiently train these networks batch normalization was supposed to be performed in order to prevent internal covariate shifts.

In this paper , the authors propose a new architecture that uses a 16 block deep ResNet that performs high upscaling (4x) that also replaces the MSE based optimization and prevents the smoothening effect. The architecture not to forget is a GAN based architecture , meaning that there is the generator to generate photo realistic images and the discriminator to differentiate between the generated and the original images. 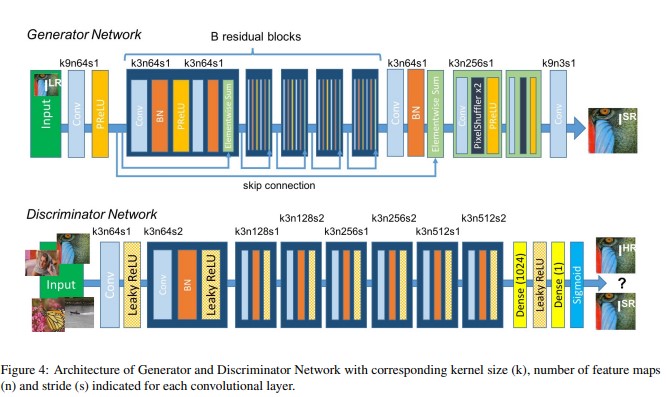 The discriminator network performs the following operations in order:

When the MSE loss function is used the main aim is to reduce the mean squared error and in the process there are multiple potential solutions of fine textured images that are created that further gets averaged to get a smoothened image. 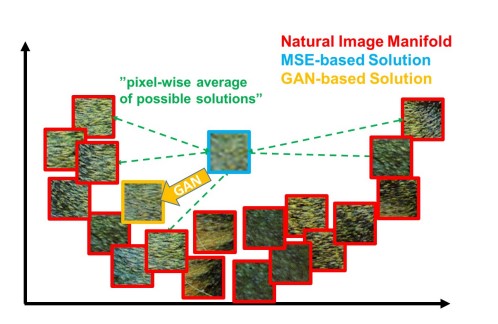 The authors make use of two loss functions to develop a perceptual loss that is capable of diffrentiaing based on perceptually relevant characteristics.

Content loss:
Different from calculating MSE Loss that produces smotthened effect and ignores the high frequency features like texture ,the authors develop a loss function that not just relies on pixel wise loss but defines the VGG loss as the euclidean distance between the feature representations.

Adversarial Loss:
The adversarial loss forces the generator to generate highly realistic images that can help fooling the discriminator.

Experiment:
The experiment was performed on the Set5 , Set 14 and BSD100 , the teting set BSD300. For a fair comparison all images were performed with constant upscaling factor that is 4X and the comparisons were made based on PSNR and SSIM. The training was done using the NVIDIA Tesla M40 GPU on a 350 thousand image from ImageNet database. As for the optimization algorithm the Adam was used.

Mean Opinion Score (MOS) Testing:
According to this Test there were 26 raters that rated 12 versions of each image. In this case the SRGAN performs greatly and shows a good score of nearly 3.5 on BSD100. 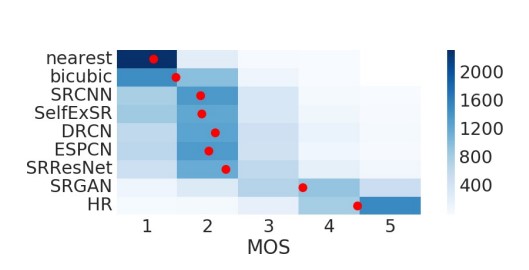 The PSNR , SSIM and the MOS rating altogether can be seen in the below table where as For the PSNR and the SSIM the SRResNet performs exceptionally well but when it comes to the MOS Rating as discussed above the SRGAN plays a better role.

The paper also further goes to show that the standard measures i.e the PSNR and the SSIM fail to assess the image quality and hence contradictory to HR images the LR images get higher PSNR and SSIM score.

In graph theory, entropy is the index for describing the structure and function of a network. Entropy is related to amount of information stored in a graph. This is used in field of computer science to check compression of data as compressed data is more random and hence has higher entropy.

I have learned that you can never underestimate the importance of good tools. And when it comes to container orchestration, there is no better tool than Kubernetes. Here are some of the benefits of using Kubernetes.