👶 What makes a basic NLP model?

Before we dive into cutting-edge NLP models, it is easier for us to understand them further along the road if we know the basics. In a nutshell, most of the NLP models utilize deep learning to get the job done. Before then, NLP practitioners implemented classical linguistic methods or classical statistical means to yield results. These methods tend to work fairly well with narrow cases but they proved to be fragile since the analytical methods are hand-crafted by experts with rigid rules. The manifestation of deep learning changed the whole NLP field[1]. You may read more about deep learning NLP implementation here.

To make a basic NLP model, one has to do through following steps:

Now with the basics taken care of, let us explore the most popular and up-to-date NLP models:

BERT stands for Bidirectional Encoder Representations from Transformers, ad it is developed and pre-trained by Google in 2018 on over 2500 million internet words and 800 million words of Book Corpus.

🛠️ How does it work?

BERT is an open-source machine learning framework and as the name suggests, reads the text in both directions at once and analyzes the language using a large repository of specialized labelled training data. The trained data comes from a pre-trained RNN that uses unlabelled plain text corpus, therefore from unsupervised machine learning without an expert labelling the desired output of a sentence or a paragraph. That is why BERT can improve its accuracy even as it is deployed in practical applications like Google Search.

Moreover, the pre-trained model serves as a base layer of knowledge to build from, which can adapt to the specific user's specifications and continue training. This process is known as transfer learning. It makes the BERT NLP model differ between each google user account. Pre-training and fine-tuning are the two key processes in BERT.

BERT, in a nutshell, works by constructing a deep learning model with a transformer. The transformer is part of the RNN model that increases model capacity for understanding context and ambiguity in language and it works by processing any given words in relation to all other words in a sentence rather than processing them one at a time. The transformer allows the BERT model to understand the full context of work and therefore the intent of the input better.

BERT is the basis of other more advanced NLP models such as XLNet, RoBERTa and ALBERT.

Sequence-to-sequence-based language generation tasks such as:

Natural language understanding tasks such as:

GPT stands for Generative Pre-Trainer. While some of the advanced NLP models are built on top of BERT, GPT-3, a model created by OpenAI, is the newest design along with the GPT series. Previous GPT models include GPT and GPT-2.

🛠️ How does it work and how does it differ from BERT?

Sheer size: Like BERT, GPT-3 is also a large-scale transformer-based language model which is trained on 175 billion parameters. The sheer model size of GPT-3 crushed BERT-like models by around 470 times. In fact, it was trained with almost all available data from the Internet.

Fully unsupervised and does not require fine-tuning: Except for the size of the model, while BERT requires an elaborated fine-tuning process where the model gathers user-specific input data for transfer learning, GPT-3’s text-in and text-out API allows the users to reprogram it using instructions and access it. From the start, it uses unsupervised learning as a base just like BERT, but it does not require a massive amount of transfer learning by fine-tuning the model to suit an individual's need. It simply needs a pre-trained model combining a few examples and it was enough to obliterate any competitor in some specific tasks (better than BERT). It is also not quite possible to tune since the model is provided by OpenAI through API.

Transformers: It used transformers as a basis for analysis and was also trained on astronomically large amounts of text from CommonCrawl, WebText, Wikipedia and a corpus of books.

Zero/one/few-shot learning: Normal models, when set up to classify a certain amount of classes, can only be tested on those classes. In zero-shot learning set up the system is shown at test time, on classes it has not seen at training time. The same thing for one-shot and few shot settings, but in these cases test time the system sees one or few examples of the new classes.

GPT-3 is generally considered superior in terms of accuracy to BERT and its variants, tasks that can be done by BERT and BERT-like models can be implemented using GPT-3.

XLNet is a BERT-like model instead of a totally different one, and a very promising one. It is a generalized autoregressive (AR) pretraining method of NLP.

But what is AR? It is a method of using context word to predict the next word, by either forward and backward prediction.

It has the advantage of having high precising with NLP task, but also disadvantaged since both cannot be applied together. AR cannot use forward and backward context at the same time. XLNet model tries to break this limitation.

🛠️ How does XLNet work?

The idea behind XLNet is to keep using forward and backward traversal using the AR model? It focuses on using permutation, and specifically proposed a new objective called Permutation Language Modelling to solve such a problem.

As per the name of the permutation, given a list of words [a, b, c, d], the permutation yields 24 nos. distinct options. Assume n nos. of elements in a list, there would be n! nos. of permutations. 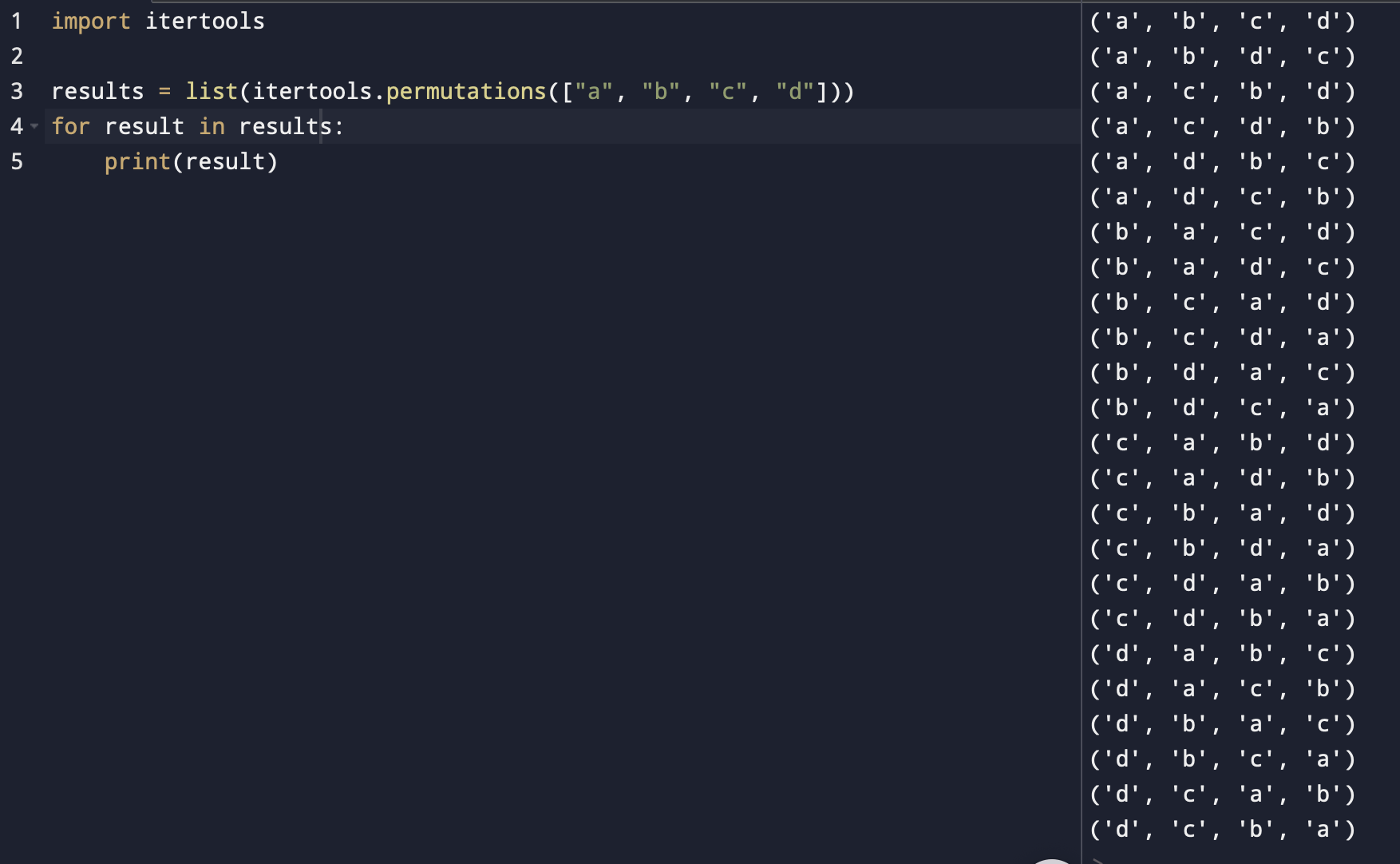 Above shows all permutations. Suppose that we are trying to predict text "c". How can we use such permutations for better prediction? Notice a few examples of list generated:

Assume only forward If we are trying to map and predict "c", we can use one of the layouts from 1, 2, 3 or 4. If the permutation is one of the choice 1, it will make a blind guess since there is no word prior to "c". If it is case 2, there would be 1 token provided for matching. In general, if "c" is at nth space, there would be n-1 nos. of tokens available for training.

Since permutation gives a total of n! and we evaluate our target (in this case "c") at the nth position with all n-1 nos. of tokens, the model is essential to learn to gather information from all positions on both sides, thus combining forward and backward context to train and mask the target word in case of autofill.

As above described for BERT, ALBERT is a Google proposed NLP model that is based upon BERT architecture. ALBERT stands for A Lite BERT (for self-supervised learning of language representations). It differs from the basic model by three main changes which would be described in the coming section.

🛠️ How does ALBERT work?

ALBERT work based on BERT, but has 3 key differences in model architecture:

It is another model derived from BERT which stands for Robustly Optimized BERT Pre-training Approach. It is presented by researchers from Facebook (now Meta) and Washington University and the goal of the paper was to lessen the time for pre-training of BERT model by optimizing the pre-training phase.

🛠️ How does RoBERTa work?

It is largely based on BERT with three main modifications:

The ultimate goal of NLP is the make computers listen, speak and generate human languages. Machines may never achieve human standards since it is humans who set the standard, but models and variants like BERT, GPT-3, XLNet, ALBERT and RoBERTa are closing the gaps at unprecedented paces. The future of NLP is a vastly deep, well-studied and highly anticipated field. The sky is the limit.

AO* algorithm is a best first search algorithm. AO* algorithm uses the concept of AND-OR graphs to decompose any complex problem given into smaller set of problems which are further solved.