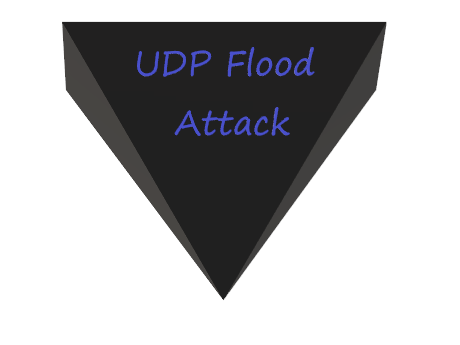 UDP Flood Attack is a type of Denial of Service attack in which a hacker floods the random ports on the victim host with UDP packets. The attack enables the hacker to perform the attack anonymously. In this attack, the hacker spoofs the IP Address of the packets, to make sure that the returning ICMP packets don’t reach back to the hacker.

Check and drop the UDP traffic which is not related to DNS at the network edge. Limit the rate of the ICMP responses to prevent this type of attack and also filter out or block the malicious UDP packets through an updated firewall.

UDP Flood is an type of which attack?

Tabnabbing is a form of cyber attack which enables an hacker to take the advantage of the idle tabs in the browser and use them for carrying out the phishing attacks. The attack can be carried out even if the javascript is disabled, using the HTML attribute or a "meta refresh" meta element

Convolutional Neural Network (CNN) is an neural network which extracts or identifies a feature in a particular image and is the basis of GoogleNet and VGG19 and used for object detection and classification. CNN has five basic components Convolution, ReLU, Pooling, Flattening and Full connection.