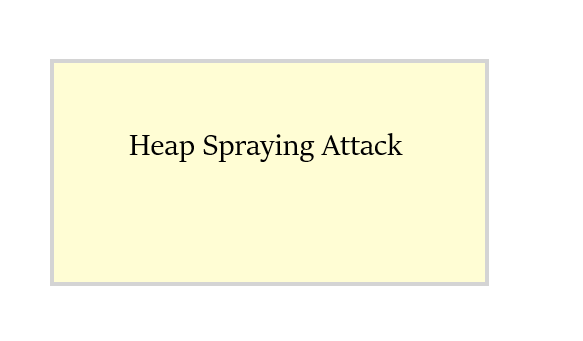 Heap Spraying Attack is a type of cyber attack in which the attacker uses the ability to write the series of bytes in the memory for the running program at various places in the heap. The main aim of the attack is to ensure that the bytes can be accessed later as the vector of the separate attack.

Mitigations For The Attack

Running the web browsers with the least privileges makes it much harder for the hackers to gain the admin access, which helps in mitigating this attack. Also, update the web browsers regularly to patch up the known bugs.

What language can attacker exploit in this attack?

What should be done to mitigate the attack?

Prefix Sum array is a data structure design which helps us to answer several queries such as sum in a given range in constant time which would otherwise take linear time. It requires a linear time preprocessing and is widely used due to its simplicity and effectiveness.

Dynamic Link Libraries (DLL) Hijacking is an type of cyber attack when hackers replace the genuine .dll file with the malicious file. This corrupted file, when used by the application, gives erroneous results as programmed by the hacker.