In this article, we have covered Interview questions on different Software Metrics along with detailed answers.

1. What are Software Metrics?

2. What are the advantages and disadvantages of Software Metrics?
Advantages:

3. What is software measurement?
A measurement is an expression of the size, amount, quantity, or dimension of a certain aspect of a product or operation. Software is measured in order to:

4. What are the different categories of Software Metrics?
Metrics can be divided into three groups:

5. What are the characteristics of Software Metrics?

6. What are the types of Software Metrics? 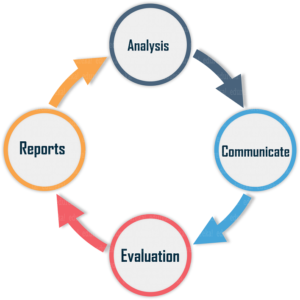 8. What are Manual Test Metrics?
Quality assurance professionals carry out manual testing in a methodical, step-by-step manner. In automated testing, tests are executed using tools, frameworks, and software for test automation. Both manual and automated testing have benefits and drawbacks. Although manual testing is a time extensive method, it enables testers to handle more challenging situations. Two categories of manual test metrics exist:

9. Explain defect seeding.
A method known as "defect seeding" was created to determine how many faults are present in a piece of software. Since it's an offline method, not everyone should utilise it. The method is to inject the application with flaws and then check to see if the flaw is discovered or not. Therefore, let's say we introduce 100 flaws, and we want to get 3 parameters. To start, how many seeded problems were found, how many weren't, and how many additional (unseeded) defects are found. We can forecast how many faults will still be present in the system by employing defect seeding.

10. Discussion of software measurement tools and their use in automating the collection and analysis of metrics?
Software measurement tools are tools that automate the collection and analysis of metrics. These tools can be used to collect data on various aspects of a software system, such as code quality, performance, test coverage, and defects. They can also be used to analyze this data and generate reports that provide insight into the quality and performance of the software system.

Some examples of software measurement tools include:

Test coverage tools: These tools measure the extent to which test cases cover the code of a software system. Examples include JaCoCo, CodeCov and Istanbul.

Performance monitoring tools: These tools measure the performance of a software system, such as response time and resource usage. Examples include New Relic, AppDynamics, and Prometheus.

Using software measurement tools can automate the collection and analysis of metrics and provide insight into the quality and performance of a software system. They can also help to identify areas of improvement and provide data to support decision making. However, it's important to note that software measurement tools should be carefully chosen, configured and used in a context, a tool might not be the best fit for a specific system. Additionally, it's important to understand the limitations of the tool, and the metrics it provides, so that the results can be interpreted correctly and make sense in the context of the project and organization.

11. What is Defect Removal Efficiency?
Defect Removal Efficiency (DRE) is a software metric that measures the effectiveness of a software development process in detecting and removing defects before a software system is released. It is calculated as the percentage of defects that are detected and removed during the development process, as opposed to those that are detected after the system has been released.

A high DRE value indicates that a high percentage of defects are being detected and removed during the development process, which means that the system is more likely to be of high quality and less likely to have defects after release.

DRE can be used in conjunction with other metrics such as defect density, which measures the number of defects per unit of size, and defect injection rate, which measures the number of defects introduced into the system per unit of time. These metrics can be used together to gain a more comprehensive understanding of the quality of a software system and the effectiveness of the development process.

Overall, these metrics can provide valuable insight into the performance and progress of an Agile development team, and can be used to identify areas that need improvement.

There are different ways to calculate the cyclomatic complexity of a program, but one common method is to use the following formula:

16. What is module weakness?
cross-reference lists generated by compilers and assemblers can be used to determine the amount of data in a program and the strength of a module. The cross-reference lists indicate the line where a variable is declared and used, and variables that are defined but never used are not included in the count. The way in which variables are defined and used is important to evaluate the strength of a module, as weak modules can have adverse effects in testing and maintenance. The organization of data within a module should minimize the number of live variables, and programmers must be aware of the status of multiple variables during the programming process. The more variables a programmer must keep track of when constructing a statement, the more difficult it is to construct and maintain. The number of live variables for each statement is also a factor in how difficult it is to track all variables during testing and maintenance.

The metric can be specified in a range, and it can indicate if a range of testing strategies are feasible for a given module. If none are feasible, it is suggested that the module's testability is low and it should be thoroughly reviewed. The effort needed for testing is an important attribute of a module and it is referred to as testability.

Weakness of a module (WM) = α * β
Where α : average number of live variables
β : average life of a variable

FP analysis is widely used in the software industry, and it is supported by the International Function Point Users Group (IFPUG). Organizations can be appraised against the IFPUG standard by authorized appraisal teams, and they can obtain an official rating of their functional size.

Mean Time to Recovery (MTTR) is a metric that measures the average time it takes to recover from a failure. It is calculated by measuring the total time taken to recover from all failures and dividing it by the number of failures. A lower MTTR value indicates that a system is more reliable as it takes less time to recover from failures.

Mean Time Between Failure (MTBF) is a metric that measures the average time between failures. It is calculated by measuring the total time between all failures and dividing it by the number of failures. A higher MTBF value indicates that a system is more reliable as it experiences fewer failures over time.

Both MTTR and MTBF are important in software reliability because they provide a way to measure how well a system recovers from failures and how often it experiences failures. By monitoring these metrics, organizations can identify areas where improvements can be made to increase the reliability of their software systems.

There are several normalization approaches that can be used with respect to software metrics. Some of these include:

Normalization is an important process to take into account when using software metrics, as it helps to make metrics comparable across different systems or teams, and identify trends or patterns that may indicate areas for improvement.

Automation: Automation is becoming increasingly important in software development, and there is a growing demand for metrics that can be automatically collected and analyzed. This will make it easier for teams to monitor and track the performance of their software systems in real-time.

Predictive analytics: Predictive analytics are becoming increasingly important in software development, and there is a growing demand for metrics that can be used to predict future trends and patterns in software performance. This will help teams to anticipate problems and to take proactive measures to prevent them from occurring.

In this article, we have created a simple text editor using Python. A text editor is a computer that lets users to edit or manipulate text according to their needs. Users can open files to read or edit. The files need to be the types supported on the text editor.

In this article, we have covered Interview questions on Software Quality including QA, Software testing and much more.