In this article, we'll be learning about the Model View Controller (MVC) architecture and how it is used in web development. We'll also learn about its use specifically in Django (Python).


Now, Web applications have seen a great evolution from simple HTML pages to complex designs and frameworks included. To handle the complexity and increase code reusability, different patterns were used in the implementation of these projects which made it easy for developers to work with it and out of all the patterns MVC became the most popular in use.

Now to define it formally, MVC architecture is an organized software architectural design pattern which is used to divide application functions and program logic into different components. Initially, this architecture was used to design desktop user interfaces (GUIs) but today it's widely used in web application design. This concept could easily be found in many web development frameworks nowadays such as Ruby on Rails (Ruby), Zend (PHP), Express (JS), Angular (JS), Django (Python), etc.

MVC architecture has three components as the name suggests, Model, View, and Controller let's see what these do.

Now, to understand better let's see the actual implementation of MVC and how Model, View, and Controller interacts through a flowchart. 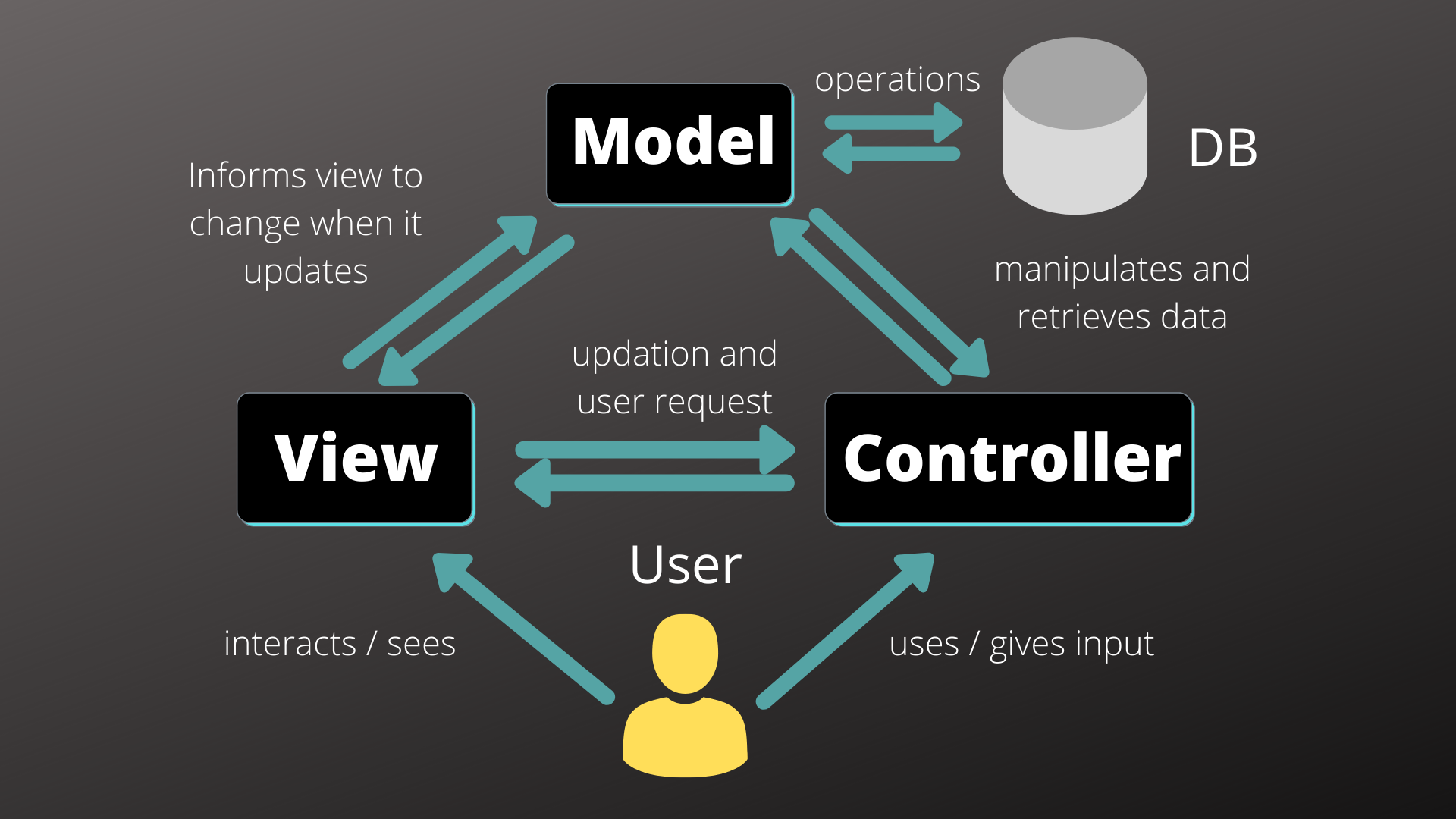 *Working of the MVC model could vary a bit in different frameworks.

Now, even though the concept of MVC is used widely in different frameworks, it could be confusing to understand how it works in frameworks such as Django. Let us see what all differences are there in the implementation of Django MVC.

Now, those who are new to this, Django is a high-level python web framework which is widely used nowadays because of its clean design and it uses Model Template View design which is similar to the concept of MVC.

The Model Template View (MTV) is slightly different from the MVC. The official Django documentation states that it could use the term Templates for Views in MVC and the term Views for Controller in MVC and Django itself takes care of the Controller part. 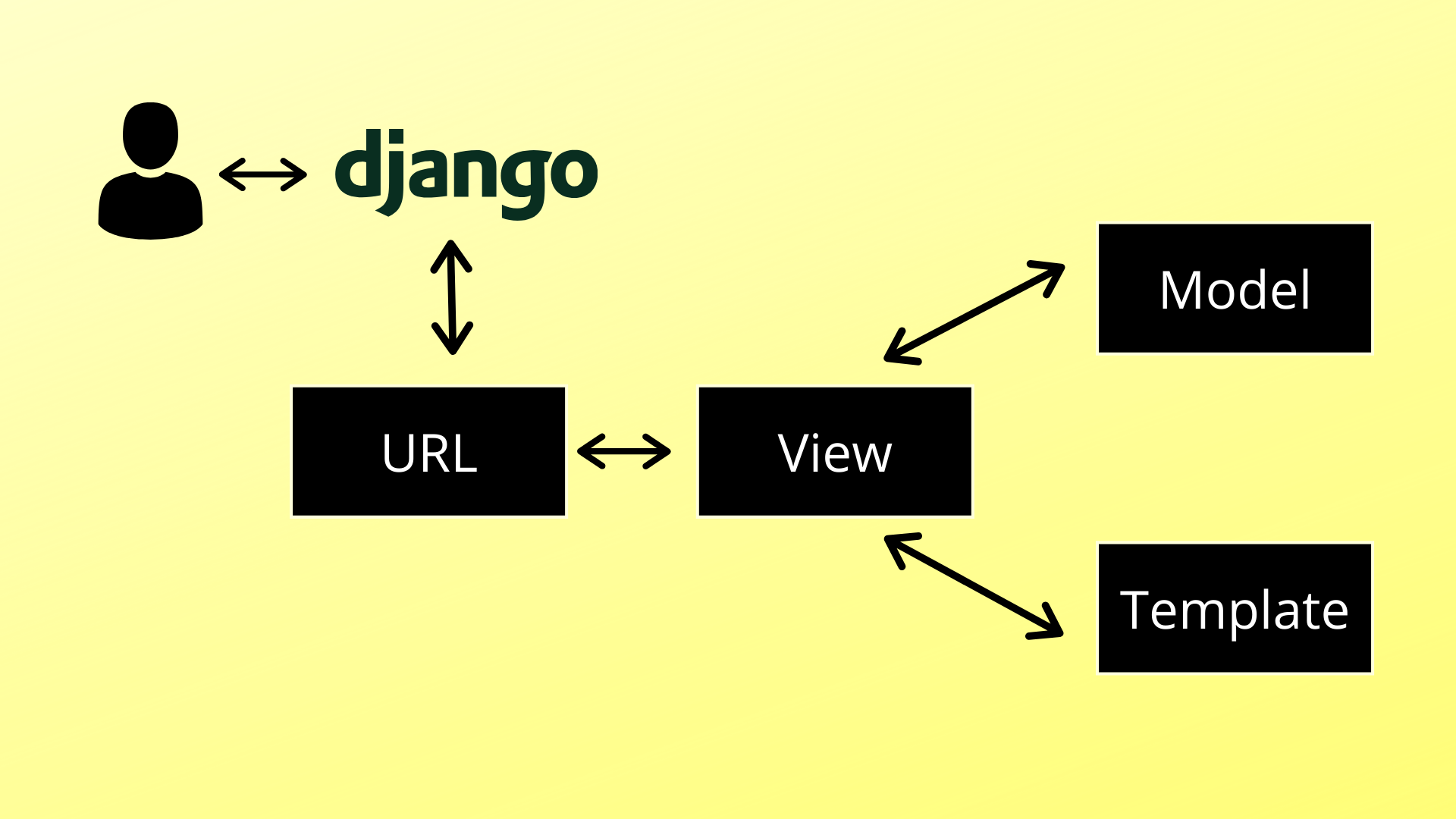 Now let's have a quick recap of what we learned:

Time to test yourself

Consider a blog application, what will be the task of the Model?

Consider a blog application, what will be the task of the View?

Consider a blog application, what will be the task of the Controller?

With this article at OpenGenus, you must have the complete idea of Model View Controller (MVC) and link with Django (MTV). Enjoy.

It is possible to style HTML elements that have specific attributes or attribute values. The [attribute] selector is used to select elements with a specified attribute.

Django is one of most widely used Python web development framework and powers several popular applications. In this article, we have explored the structure of a Django web application. It follows Model, Template and View (MTV).