In this article, we'll be learning about Models in Django and how the database system works in Django.

How to store information?

Let us take an example, you want to create a social networking website in Django and we need a systematic way to define and store things such as user profiles and their details, posts, and their details, messages, comments, pages, and many more things. What do you think about how Django does that? How it will store this data?

Generally, when web applications are created, they consist of a front end and a back end.

In this case, we need a server where all the information could be stored and can be visible to the user when needed. Generally, Relational type of databases are popular wherein information is stored in the form of a relation (table) consisting of various attributes (in the form of columns).

Let us suppose, these are some basic components that we want to include in our site and we need Django to store the information, in that case, we use the concept of a "Model". We already know that Django uses MTV architecture where the Model is responsible for handling data logic.

On similar lines, a 'MODEL' in Django is an object stored in the database which represents a particular entity (same as we create a table in Relational Database) and it contains various attributes ( just like different columns/fields of that table). It involves the concept of Object Oriented Programming where things are defined in a modular and systematic way. For example, for our site, to model a "post" we will create an object "post" which will have properties such as caption, content, comments, etc. Further, we'll create methods to link all the models.

We'll be using SQLite database for storing all the databases. SQLite is the default database that Django uses. One can use different databases as well.

All the models that we'll be creating would be in 'models.py' file that is by default present in the Django app that we create using the command:

We know how to create a basic Django project. After setting it up properly we'll open our models.py file present in the app we created.

We included models from django.db as all the models in Django are inherited from django.db.models.Model. Further, we'll see where CASCADE and validators are used.

Now we'll define all our objects using classes in python. 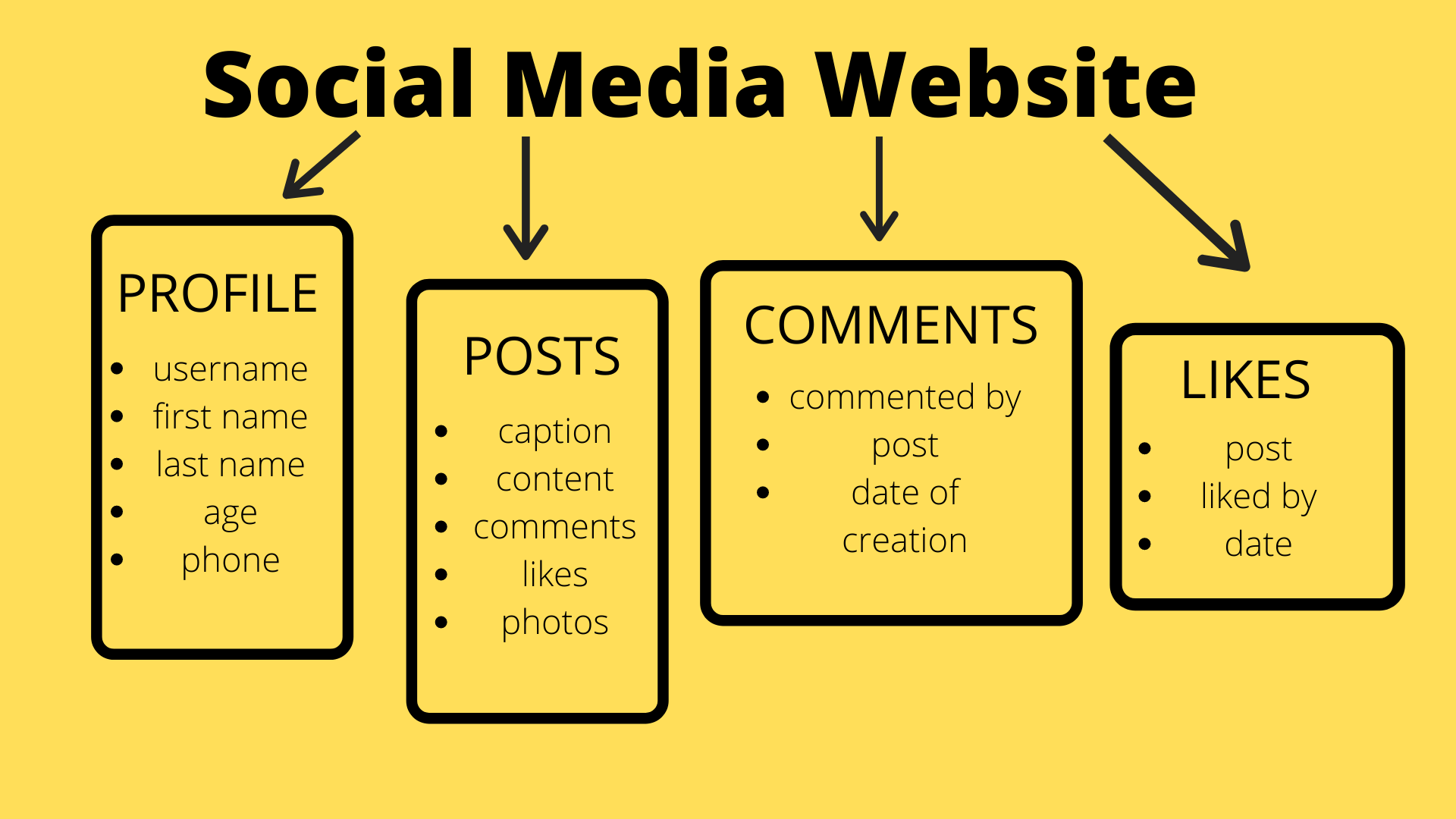 Whenever we define attributes of a particular object then we need to specify the type that field will have. ( What type of data that attribute will hold?)

Now, migrations are a special method in Django to propagate all the changes you make to your models. That means for models to be registered to your database in Django, we need to make migrations. You'll notice that there is a folder named 'migrations', inside that folder there's an empty python file named init.py, here all the migrations will be stored in different python files.

There are two commands which are used for making migrations. Open the command prompt at the place where manage.py is present and the run the following

This command makes new migrations and puts up into a separate python file. After successfully executing it, run the following command,

It applies all the migrations to the database.

Now, your database is updated with all the new models. You can view your database by opening 'db.sqlite3' file in your directory using a suitable browser.

Time to try it out yourself.

Now that you are aware of how Django works, you can take a real-life example of your own such as a banking system or a book store, and make a database on your own using Django from scratch. It will not take much time and would be a fun task to do.

With this article at OpenGenus, you must have the complete idea of Counting the number of set bits (1) in a number using naive approach and Brian Kernighan Algorithm.

Button are HTML elements that give a sense of click on webpages. Buttons can be formatted and styled using CSS. We can add javascript codes too to make the buttons interactive.