Before we begin discussing how to perform quicksort on linked lists, let's define what a linked list is and what quicksort is.

Linked lists are linear data structures that are used to store data. However, unlike arrays, linked lists don't store their elements in consecutive memory locations.
The database is an efficient way to store data when you don't know how many elements will be in the list at any given time. Constant insertion and deletion are possible.
Linked lists typically contain two fields:

A Head Pointer is used to point to the first node of a linked list, with the head pointer we can access all the elements of the list.

Various types of Linked Lists are:

Sorting is the process of ordering elements in ascending or descending order based on some relationship among the data items.This is an efficient sorting algorithm that sorts arrays. It is a Divide and Conquer algorithm which, as the name suggests, divides the problem into smaller subproblems until each subproblem is simple enough to be solved easily.QuickSort works by picking a pivot element from the array, placing that element at its correct place, and then placing smaller elements before it and larger elements after it , the partition() method is used to perform this process. 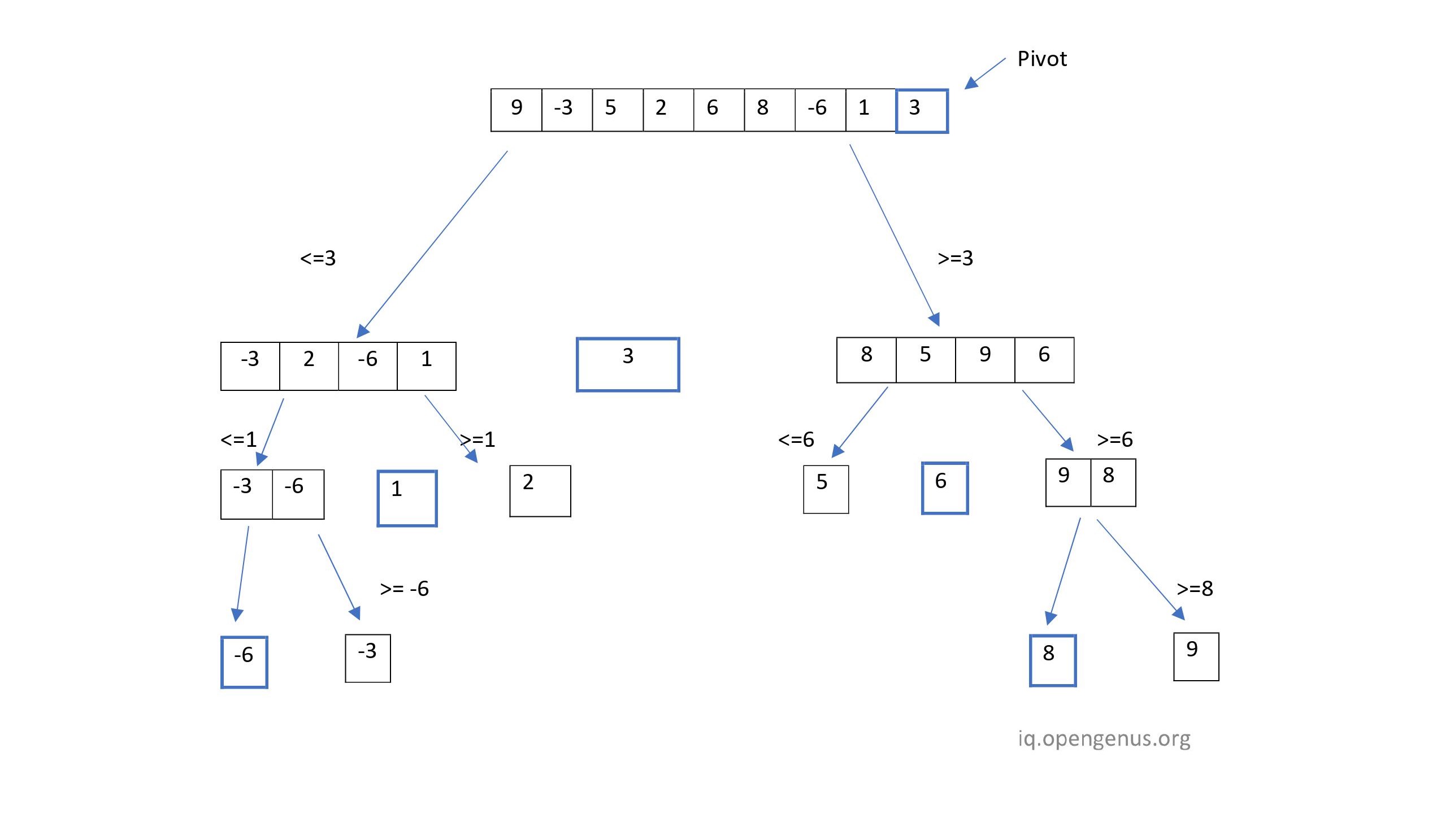 The Pivot can be Picked as the first , last element or can be a random element.
Time Complexity of QuickSort is O(nlogn)

QuickSort in LinkedLists works by using the last element of the list as the pivot Element. The Logic is Divided into 2 methods , they are:

QuickSort can be implemented both on Arrays as well as on Linkedlists.

Time and Space Complexity of Quick Sort on Linked List

QuickSort is an Optimal Sorting algorithm which can be used on arrays as well as on linked lists with little modification. In Arrays,it is an In-place sorting algorithm , it uses constant space and its Time complexity is O(NlogN) , where N is the number of nodes in the list.

On LinkedLists , QuickSort can be very efficient but the probability of hitting the worst case scenario will also increase because it uses a predefined pivot.Randomization can help mitigate this issue but will incur a penalty which increases runtime , that's why MergeSort is preferred in LinkedLists because it will guarantee a worst case runtime of O(NlogN) and also the space complexity of MergeSort is constant for LinkedLists.

With this article at OpenGenus, you must have the complete idea of Quick Sort on Linked List.

Writing up some Rust code to get the current time, format it and display on the console, maybe add some kind of functionality to guess how much time there is between 2 dates and publish it as a Crates.