In this article, we will explore in detail about Scapegoat tree which is a Self Balancing Binary Tree without requiring any extra space which puts Scapegoat Tree at an unique advantage.

Let us get started with Scapegoat tree.

When all non-leaf nodes of a tree data structure has atmost 2 children, then such a data structure is known as a binary tree. The two children of each node are referred as the left child and the right child of the respective node. Given below is an example of a binary tree. 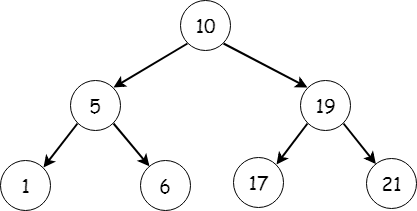 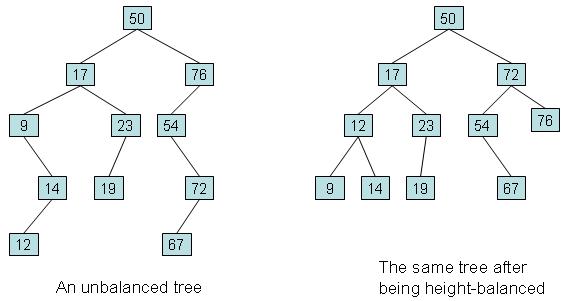 Scapegoat tree is a type of self balancing binary tree which doesn't require any extra storage space per node. This tree is most efficient in insert and look-up operations and can be used in places where these operations are needed.

After an insertion, one node which is unbalanced is found. That node is the scapegoat. Then the tree is rebuilt to create a new ordered and balanced tree. In scapegoat tree, the number of nodes in the left and right subtrees cannot differ by more than 1.

The above image depicts the process of finding the scapegoat. After 12 is inserted into the tree, the balanced tree becomes unbalanced. First the we examine the newly inserted node to see if its balanced. If it is balanced, it's parent node is checked for the same. This process is repeated until we find the scapegoat. Here the node 9 is then checked. We see that it is balanced. So we then move to its parent node, 8. Upon examining the node 8, we find that it is unbalanced and hence it is our required scapegoat.

This is a concept that is exclusive to scapegoat trees. Here, when a scapegoat is encountered and the tree becomes unbalanced, instead of rebuilding the whole tree to give a new balanced binary tree, only the subtree that has the scapegoat as its root is deconstructed and rebuilt to produce a balanced binary tree. This is called partial rebuilding.

Along with keeping track on the number of nodes (denoted as self.size in the python implementation given below), a scapegoat tree also keeps an eye on the upper-bound of nodes in the tree (denoted as self.maxsize). The parameters size and maxsize must always satisfy

It also maintains a logarithmic height and its condition is

The thumb rule to be followed is that the height of the tree must not exceed log3/2(maxsize).

While inserting a node, we use the usual binary search tree algorithm to find the right place to insert the node and increment size and maxsize after inserting it. Sometimes, we may be lucky enough that the height of the tree doesn't exceed log3/2(maxsize). In that case, we leave the tree undisturbed.
During times we are not that lucky, the height may exceed log3/2(maxsize) and we must reduce the height of the tree. To do this, we traverse up from the node we inserted to find the scapegoat (say s). One way to see if a node is a scapegoat is that it should satisfy:

For implementing scapegoat tree in python, we import the math package with the following command.

We first create a class called node and define all the node parameters: key to point at the node's data, left and right for it's children and parent to store the value of the parent node of the given node.

We then create a class Scapegoat under which we define all the functions required to implement scapegoat tree.

We first initialize all the required parameters for the tree as we did for thr node before.

A function insert is then defined to facilitate the insertion of an element into the tree. This tree follows all the insertion rules of the binary search tree i.e. left node < root < right node. After every insertion, the function to find the scapegoat (if any is present in the tree) is called and the required pointers are assigned.

We define a function findScapegoat. This function takes a node element as an argument and returns None if it is the root node. Else, the balance factor is checked for this node and then the same is repeated for its parent until the root is reached. In the process, if an unbalanced node is found, it is returned.

Checking if the tree is balanced at a node

A function isBalancedAtNode is defined which takes a node as an argument and returns true if the difference between the height of its left and right subtrees is lesser than or equal to 1. Else, it returns false.

Calculating the height of a given subtree

A function sizeOfSubtree is defined which takes a node as argument. It calculates the height of the right and left subtrees of that node recursively, adds 1 to the result and returns it.

Building a tree from the array

A function buildTreeFromSortedList is defined which takes the array, the atarting and end indices as arguments and builds a tree from the list using binary search and assigning the mid value in the list as the tree's root.

When we delete a node from a scapegoat tree, four cases are possible. Let x be the node to be deleted. Then,

In the first case, the node is deleted as it is. In the second and third cases, the deleted node is replaced by its only successor.

The code for the delete function is as follows.

With this article at OpenGenus, you must have the clear idea about Scapegoat Tree. Enjoy.

In this article, we will learn how to Merge two sorted linked list such that the final linked list is also sorted in linear time O(N).