In this article, we will be comparing the performance of different data preprocessing techniques (specifically, different ways of handling missing values and categorical variables) and machine learning models applied to a tabular dataset. We will go over all the steps separately and them combine them in the end.

There are several steps involved in machine learning, including various preprocessing steps and creating/training a model.

We will first go over an explanation of different preprocessing techniques and machine learning models. Then, we will implement and compare them.

Having missing values is a common problem in real-world datasets. A missing value is defined as data that is not present for some variable(s) in a dataset.

The dataset we will be using (more information about it later) contains missing values. The screenshot below shows two instances of missing values: 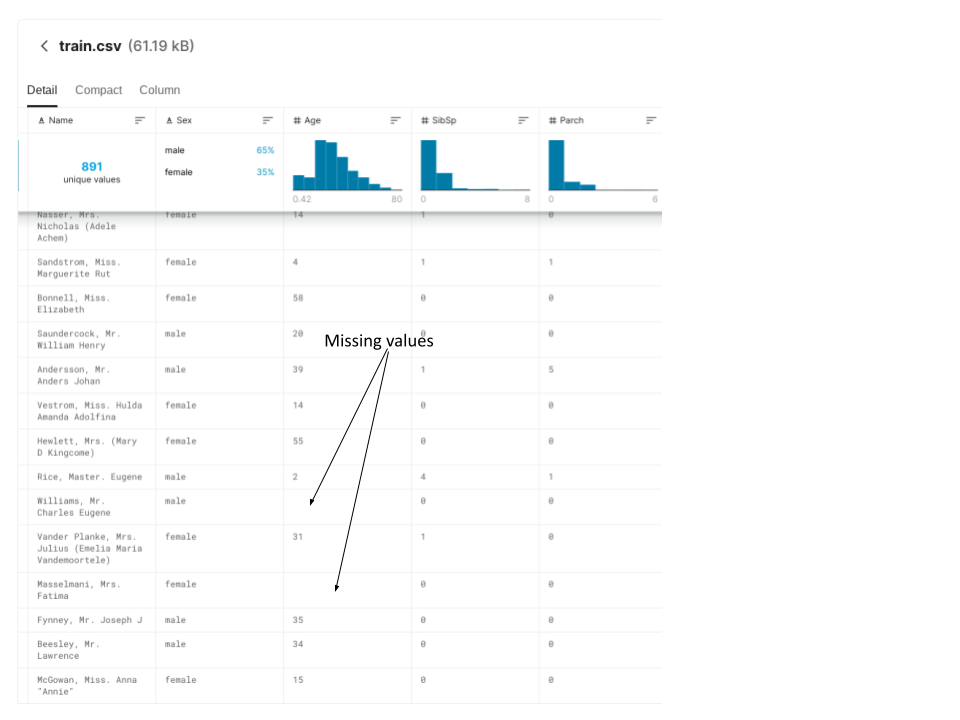 We'll be going over two techniques to handle missing values: 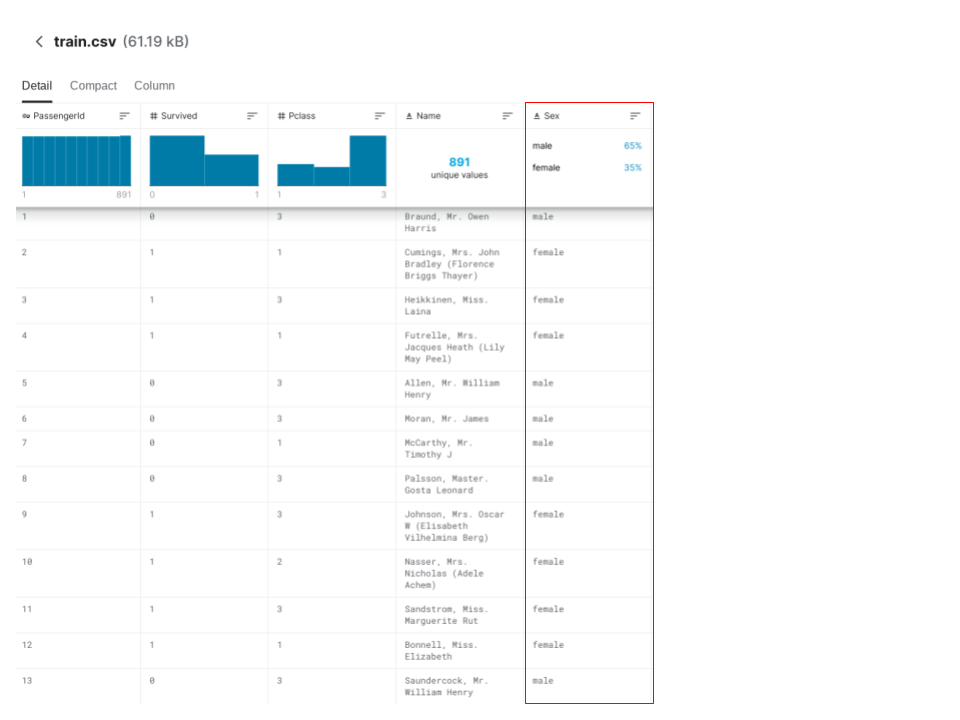 We will look at three approaches for handling categorical variables:

There are a lot of different machine learning models that can be used for various types of problems. We'll be going over three different models:

Above- Optimal Hyperplane and Margin of SVM (Fidan et al., 2020) This picture shows an optimal hyperplane that maximizes the margin (distance between the support vectors and the hyperplane)

For this article, we will need the following libraries:

Install the above libraries using pip:

The goal is to determine whether or not a passenger of the Titanic would have survived given some information about them.

Let's view the first few rows of the dataset:

We will split the dataset into 80% training and 20% validation. The models we train will be evaluated on the validation data.

To determine which columns in the dataset have missing values, we can run the following code:

As we can see, the columns "Age", "Cabin", and "Embarked" contain missing values.

This could, however, possibly remove some important information.

Some columns of the dataset are categorical variables (variables that take one of a limited number of possible values) and are not represented by integers.

To determine which features are categorical, we check the data type, or the dtype. In this dataset, the columns with text indicate categorical variables.

Let's inspect these categorical variables and take a look at the number of unique classes.

We can see that columns "Ticket" and "Cabin" have many distinct values. For simplicity, we won't consider those columns.

Note: inplace=True directly updates the dataframe instead of returning a copy.

For each of the different techniques, we will create functions so that they can easily be used when we are testing the final models.

The easiest way to deal with categorical features is to drop them. This approach only works well if the columns do not contain useful information.

The code above creates two new dataframes: drop_X_train and drop_X_valid. These two dataframes exclude all the columns with a type of object.

We can confirm that the categorical variables have been removed by outputting a list of columns drop_X_train contains.

Ordinal encoding assigns a different integer to each unique value.

For example, let's take a look at the different values of the "Embarked" column:

Let's encode each of the categorical variables:

Now, let's see how the values of the "Embarked" column changed.

One-hot encoding generates new columns that indicate the presence or absence of each possible value in the original data.

For example, when one-hot encoding is applied to the "Embarked" column, it would generate columns "C", "S", and "Q". Each of these columns would contain either 1 or 0, where 1 represents that the original data contained that value.

In the following examples, we'll be training on the one-hot encoded data.

Support Vector Machine is a supervised machine learning algorithm that separates the data into classes using a hyperplane or line.

The code below creates and trains a Support Vector Machine model:

Logistic regression predicts the probability of the output class by fitting data to a logit function.

Random Forest is an ensemble model made up of several Decision Trees.

Depending on the categorical variable encoding techniques used, we would pass different dataframes into fit.

Testing, Results, and Interpretation of Results

Next, we'll test all the different models on each of these 6 dataframes and record the results.

When training some models, there are sometimes warnings that are outputted. We can disable these warnings by running the following code:

This will make it easier to read the results.

The following code outputs the results of each model for each of the different dataframes. y_train and y_valid, which are used below, were created towards the beginning of this article when we split the data into 80% training and 20% validation.

As we can see above, the highest performing model in this case was the Random Forest model that was trained on the imputed and one-hot encoded data.

Models tended to perform better with encoded categorical features over removed categorical features. One-hot encoding versus ordinal encoding didn't seem to make much of a difference for this experiment, although one-hot encoding usually performs better in most situations. Also, imputation didn't make much of a difference either, but imputation is generally a better choice than removing missing values.

That's it for this article, and thanks for reading!