One of the major medical challenges that we face today is the early detection of diseases so that the proper threatment can be applied. Today, most diseases can be cured provided the treatment begins at the early stage but in over 90% of cases, treatment is delayed due to:

The solution to the first problem is to improve our ability to detect diseases to provide a better life. For this, we have turned to machine learning techniques which aim to detect diseases by analysing the various reports that we used previously like X Ray scans, CT Scan, MRI Scan and others. This can proved to be efficient and we will take an overview over the common techniques used.

The solution to the second problem is to encourage and educate patients to understand the requirements of their body and take medical help at the earliest.

The common medical reports on which machine learning is applied are:

Magnetic Resonance Imaging (MRI) is the most common diagnostic tool brain tumors due primarily to it's noninvasive nature and ability to image diverse tissue types and physiological processes. MRI uses a magnetic gradient and radio frequency pulses to take repetitive axial slices of the brain and construct a 3-dimensional representation. Each brain scan 155 slices, with each pixel representing a 1mm3 voxel. 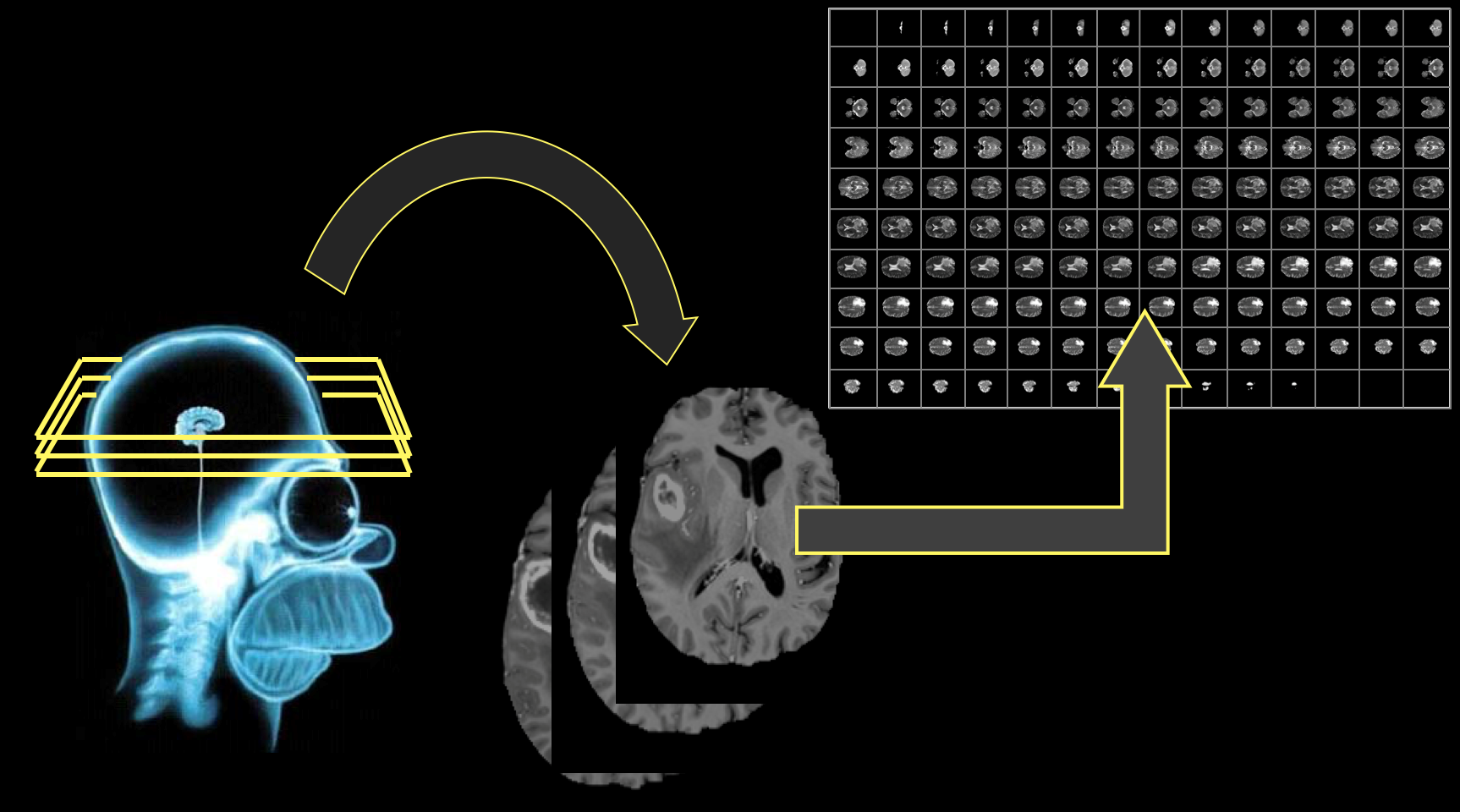 A computerized tomography scan (CT or CAT scan) uses computers and rotating X-ray machines to create cross-sectional images of the body. These images provide more detailed information than normal X-ray images. They can show the soft tissues, blood vessels, and bones in various parts of the body. (Read more...) 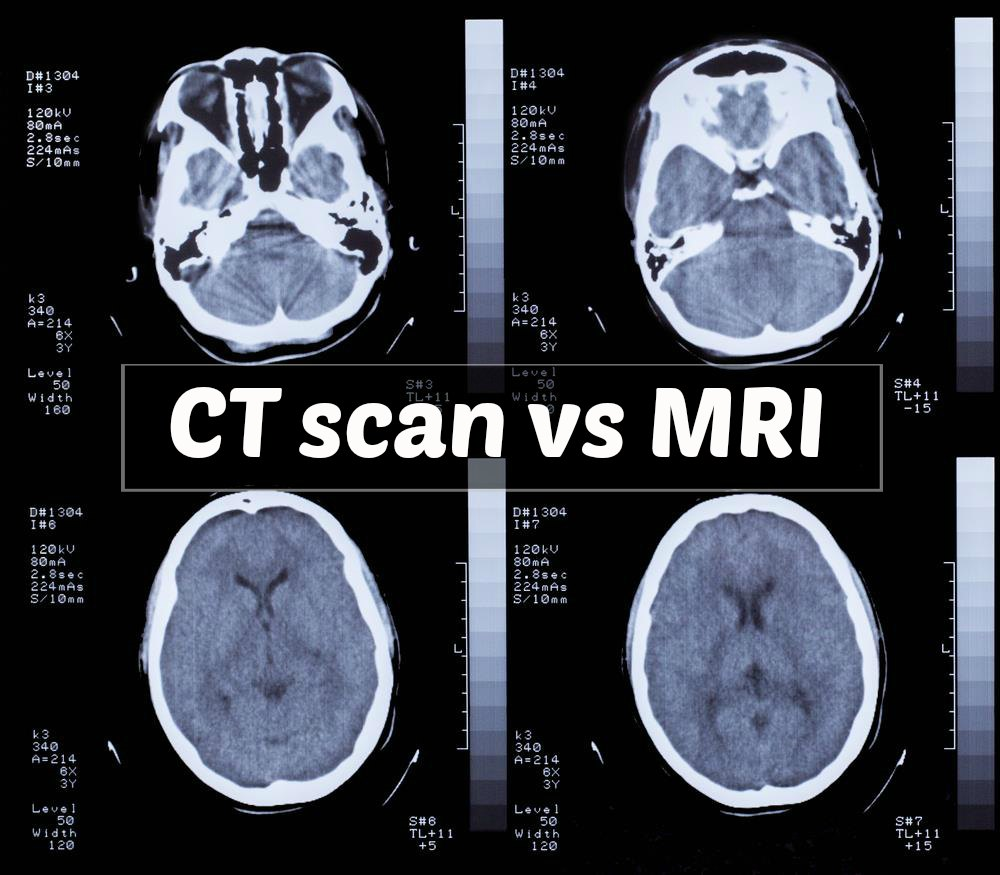 One of the challenges in working with MRI/CT-Scan/X-rays data is dealing with the artifacts produced either by inhomogeneity in the magnetic field or small movements made by the patient during scan time. Oftentimes a bias will be present across the resulting scans, which can effect the segmentation results particularly in the setting of computer-based models. 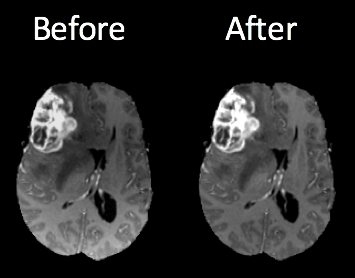 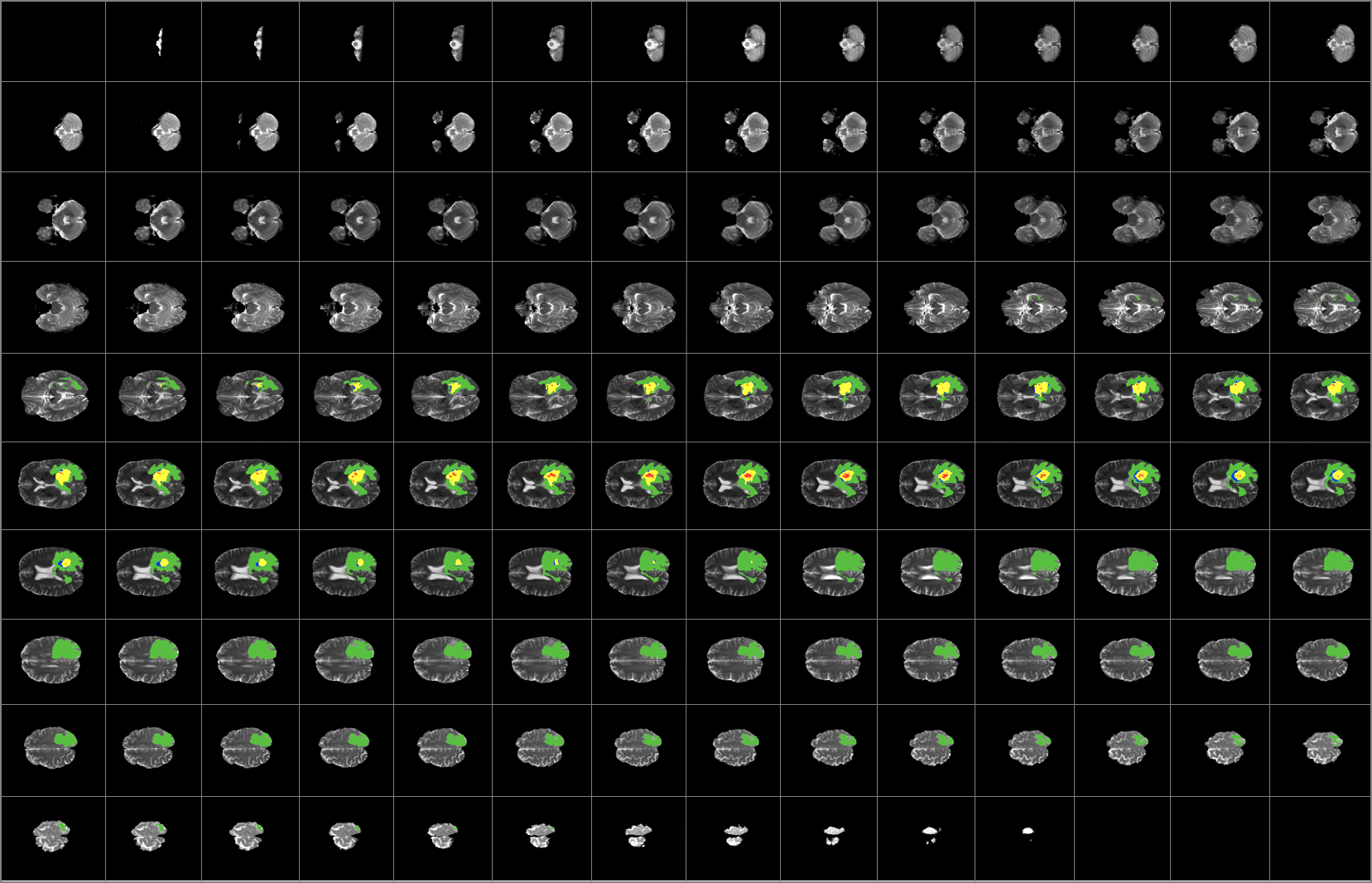 Medical images follow Digital Imaging and Communications (DICOM) as a standard solution for storing and exchanging medical image-data. The first version of this standard was released in 1985. Since then there are several changes made. This standard uses a file format and a communications protocol.

Python library that handle these data

In infrared photography, the film or image sensor used is sensitive to infrared light. The part of the spectrum used is referred to as near-infrared to distinguish it from far-infrared, which is the domain of thermal imaging. Wavelengths used for photography range from about 700 nm to about 900 nm. Film is usually sensitive to visible light too, so an infrared-passing filter is used; this lets infrared (IR) light pass through to the camera, but blocks all or most of the visible light spectrum 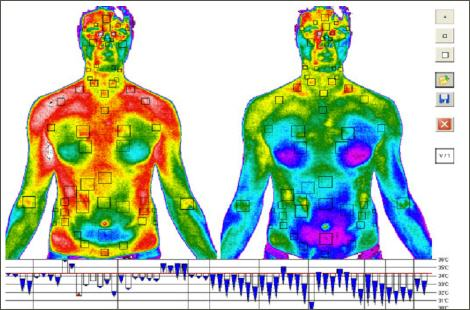 Thermal imaging is a non-destructive, non-contact and rapid system. It reports temperature through measuring infrared radiation emanated by an object/material surface. Automated thermal imaging system involves thermal camera equipped with infrared detectors, signal processing unit and image acquisition system supported by computer. It is elaborated in wide domains applications. Extensive focus is directed to the thermal imaging in the medical domain especially breast cancer detection. This chapter provided the main concept and the different applications of thermal imaging. It explores and analyses several works in the light of studding the thermograph. It is an effective screening tool for breast cancer prediction. Studies justify that thermography can be considered a complementary tool to detect breast diseases. The current chapter reviews many usages and limitations of thermography in biomedical field. Extensive recommendations for future directions are summarized to provide a structured vision of breast thermography.

All materials/ objects that are at temperature above -273 degrees C (0 degrees Kelvin) emanate infrared energy. The emitted infrared (IR) energy from the measured object is converted into an electrical signal by imaging sensor. This imaging sensor is in the camera which connected to computer for displaying on a monitor the converted signal as a color or monochrome thermal image. The IR is a form of electromagnetic radiation that has wavelength band of 0.78 to 1000µm, which are longer than the wavelength of visible light and shorter than the radio waves. Several characteristics of the infrared radiation are similar to visible light, such as: the IR radiation can be refracted, focused, reflected and transmitted. The absorptivity, emissivity, transmissivity, and reflectivity of infrared radiation vary for different objects/ materials. Good absorber objects for the infrared radiation are also good emitters.

Thermal imaging refers to improve objects visibility even in a dark environment by recognizing the objects' infrared radiation as well as creating an image based on that information. Since, all objects emit heat (infrared energy) as a function of their temperature. This emitted infrared energy is known as the object‘s heat signature (Gaussorgues,& Chomet, 2012). Generally, the emitted radiation is directly proportional to the object temperature (i.e. the hotter an object is, the more radiation it emits). Therefore, a heat sensor is required to detect tiny differences in temperature. This thermal sensor is essentially a thermal infrared (IR) camera (thermal camera) that collects the infrared radiation on the surface of the objects under investigation and produces an electronic image based on the temperature differences information. Additionally, thermal camera can detect different objects in the same view based on the object's different temperature, which make them appear as distinct objects in a thermal image. 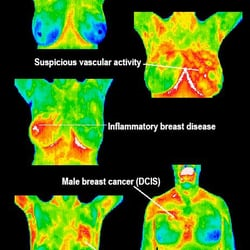 Applying deep learning concepts on images has proved to be one of the important work which has resulted in early detection of diseases resulting in saving millions of life to monitoring activities on the entire Earth We take a look at medical images, Satellite Images and the various Python libraries

A trie (digital tree, radix tree, prefix tree) is a kind of an ordered search tree data structure that is used to store a dynamic set or associative array where the keys are usually strings. Worst case search time complexity is Θ(key_length) and trie is widely used in real life applications