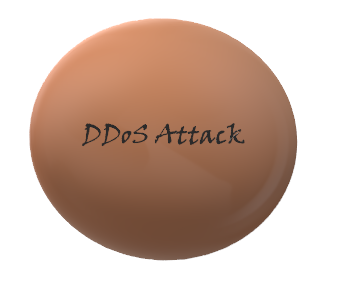 Distributed Denial Of Service (DDoS) is a form of cyber attack which is done to make target online services unavailable to the users. The attack disrupts the normal traffic of a targeted server, network or service by overwhelming the target or its surrounding infrastructure. The attack makes the legitimate services inaccessible to the users and can result in the crash of the target server or its infrastructure.

DDoS Attack can be divided into three types:

Attack Procedure is as follows:

The WAF(Web Application Firewall) can help to mitigate this kind of attack. One solution that all network admins can apply is to create a blackhole route to redirect the malicious traffic into that route which helps to avoid this type of attack. Update the anti-malware software and firewalls time to time. Organizations should have a modern and up-to-date security infrastructure for preventing this type of attack.

What does DDoS stands For?

DDoS Attacks has how many categories

Alexnet is a Deep Convolutional Neural Network (CNN) for image classification that won the ILSVRC-2012 competition and achieved a winning top-5 test error rate of 15.3%, compared to 26.2% achieved by the second-best entry. We see the architecture and compare it with GoogleNet and ResNet

Man In The Middle (MitM) is a type of cyber attack in which a hacker intercepts the communication between two people either to eavesdrop or to impersonate one of the person. The aim of the attack is to steal financial details such as account details, credit card numbers or sensitive details