memset is a memory utility in C which is used to set a particular value to a range of memory locations in an efficient way. On going through this article, you will understand:

How to use memset?

memset() is built in standard string function that is defined in string header library string.h. Therefore, to use this function we should include string.h.

memset() returns a pointer to the block of memory.

Following are the types of the above three parameters: 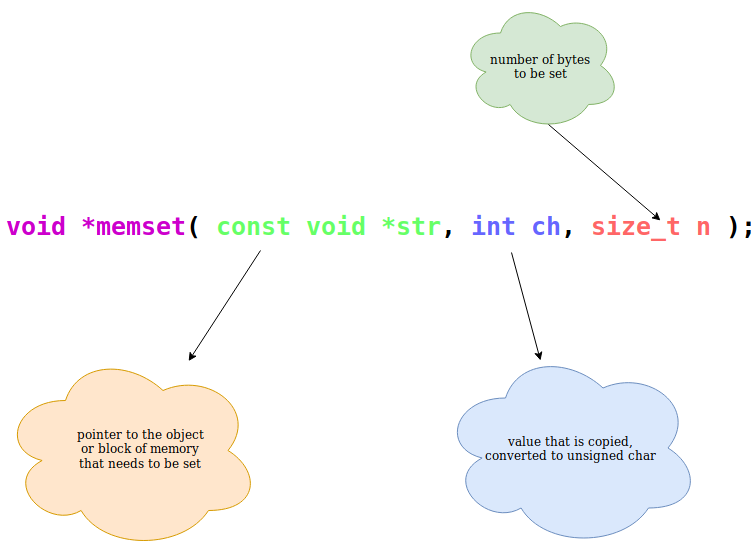 Why performance of memset is better than a simple implementation?

We can write a C implementation to loop through all required memory locations and set it one by one to the specific value. This approach will be slower than compared to memset even through the basic procedure followed by memset is same.

There are a couple of reasons for this like:

What is the output of the above code?

The internet is made up of a bunch of resources hosted on different servers and interact using HTTP. What is HTTP and how it works? Working with different HTTP requests in Python using the requests library Understanding the information that web resources interact with and use it programmatically