The Bootstrap Grid System is used for layout, specifically responsive layouts. Understanding how it works is essential to understand Bootstrap. The grid is made from groupings of rows & columns inside one or more containers.

Let us get started with Grid System in Bootstrap.

The bootstrap grid can be used on its own, without the Bootstrap JavaScript and other CSS Components. You simply need to download and reference the "bootstrap-grid.css" which includes the grid and flexbox classes.

Basic example of using the Grid:

This gives us one big “column” horizontally across the viewport. 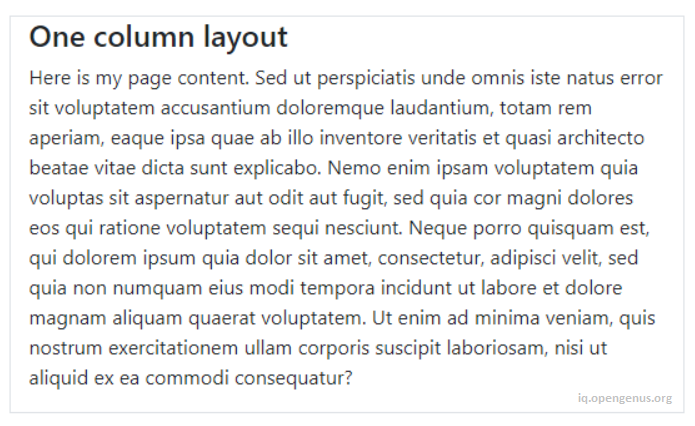 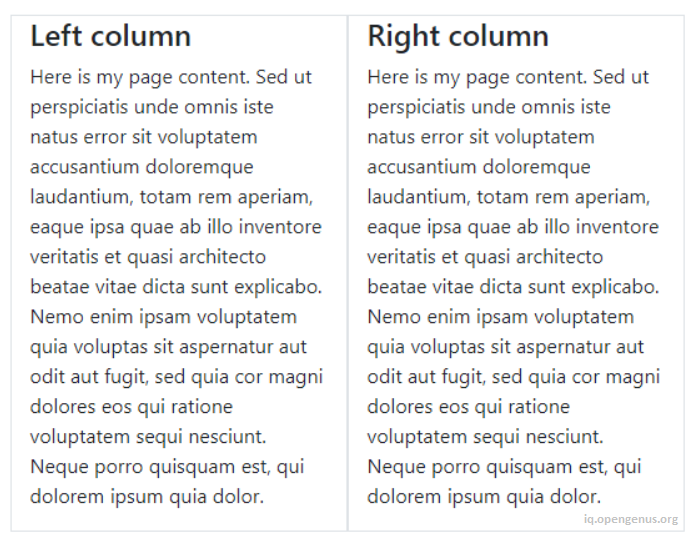 Basic grid concepts are easy to understand, but some might wonder why all of this HTML markup is necessary. You may have a few questions like:

Grid questions like these will be addressed a little further down. But first we will take a step back to learn about something very important about using the grid. Understanding the “Rules of the Grid” will save you a lot of time and frustration.

The Rules of the Grid System

These rules are of utmost importance. The rows and columns always work together, and should never be used without one another.

In the examples before you may have noticed that the .container class is used to wrap the .row. The container is the root element of the Bootstrap Grid.

The container is not only used for the grid rows and columns. It can be used to hold any element and content. For example, this is perfectly valid bootstrap markup:

The container may seem trivial or unnecessary, but it is very important to control width of the layout. The container is also used to evenly align the left and right edges of the layout within the browser’s viewport.

Bootstrap has 2 types of containers, .container and the full-width .container-fluid. We can use either of the two.

The .container scales down in width responsively (as the screen width narrows) so that eventually it becomes full-width like the .container-fluid on smaller devices.

When using the grid, one more rows can be placed inside the container. We can have multiple rows in a container, and multiple containers on a page. It all depends on what layout we’re trying to accomplish.

Rows have a negative left/right margin of -15px. The container padding of 15px is used to counteract the negative margins of the row. This is to keep content evenly aligned on the edges of the layout. If we don’t put a row in a container, the row will overflow it’s container, causing an undesirable horizontal scroll.

Notice that we've grouped "Rows and Columns" together in a single section. This is because we can't have one without the other as explained earlier in the "Rules of the Grid".

When we think "row", we probably think horizontal line, which is okay, BUT, it is better to think of the .row simply as a parent of columns. A row is a group of columns because columns inside the .row aren't always laid-out horizontally across the viewport. Some times we want the column layout to be horizontal, while other times we want the columns to layout vertically down the viewport. The concept of horizontal vs. vertical layout is the essence of responsive design. The sole purpose of the "row" is to contain 1 or more "columns".

It is also important to mention that the .row is display: flex. As flexbox children, the columns in each row are the same height. Because of flexbox, horizontal and vertical alignment is easily accomplished using bootstrap's flex and auto-margin utility classes. Now it's time to look deeper at rows and columns, and exactly how they work together. There are different types of columns, and different ways to use them in our layout.

All the things Bootstrap Columns can do

Columns create horizontal divisions across the viewport. The space between the columns is called the "gutter".

The columns can be evenly divided up into factors of 12. 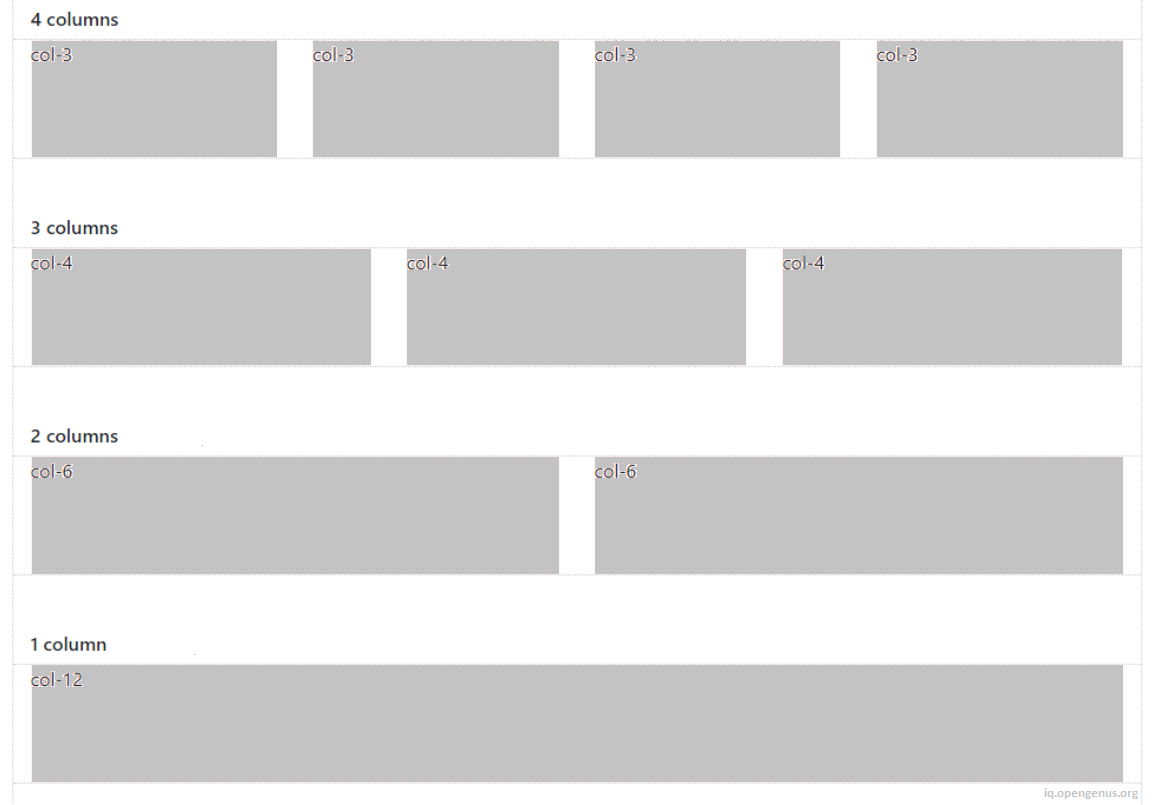 The columns can be split-up using any part of the 12 units. It is okay to use less than 12. It is also okay to use more than 12 which we'll see later.

With all of this flexibility, the layout possibilities are seemingly endless.

But, the grid is not always about 12. Thanks to Flexbox, Bootstrap has new "Auto-layout" columns. These unit-less columns give you even more flexibility when it comes to designing layouts.

How to Responsive Design with Bootstrap?

The rows and columns of the Bootstrap Grid are the "star of the show" when it comes to Responsive Design.

Bootstrap uses CSS media queries to establish these responsive breakpoints. They enable you to control column behavior at different screen widths.
For example: here are 2 columns, each 50% width: 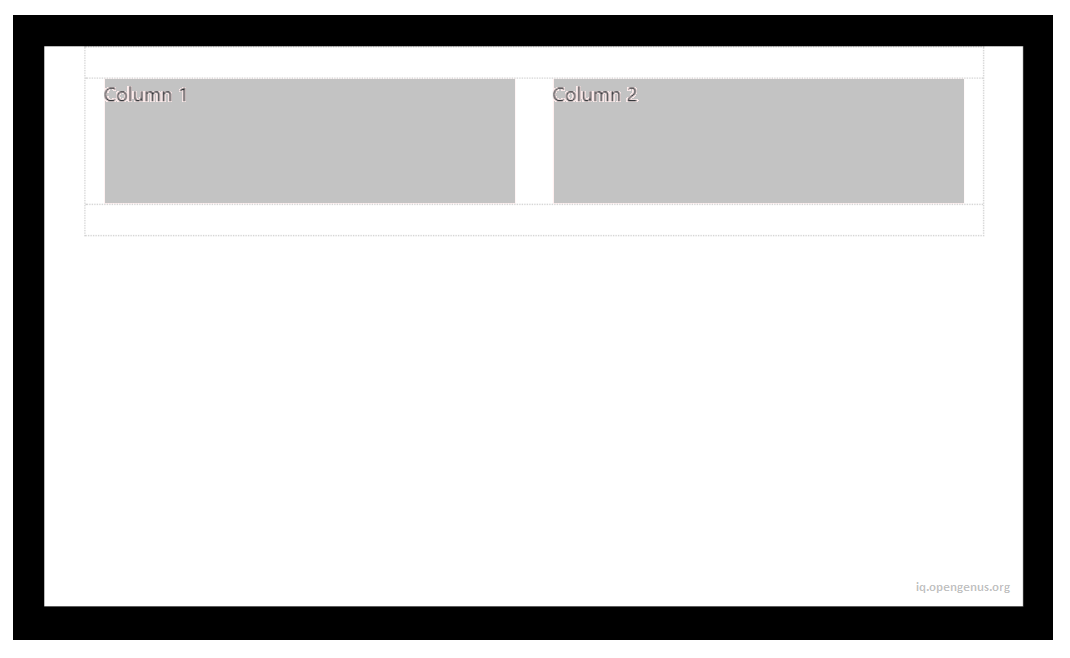 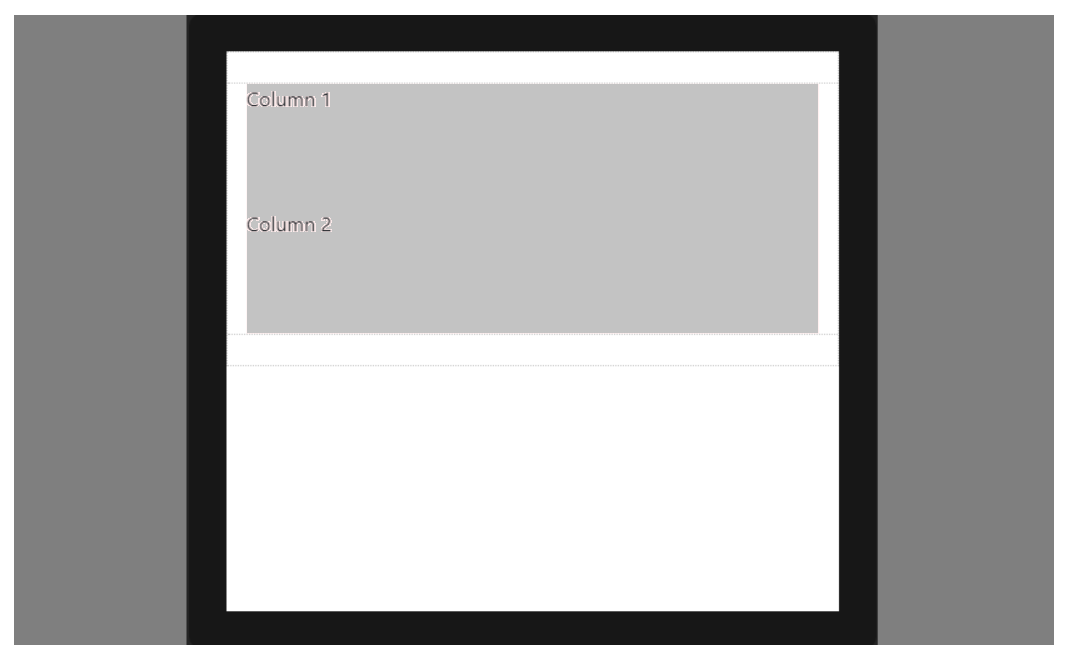 This is because xs is the default or implied breakpoint. Since we didn’t specify a default column width, the 50% width was only applied on 768px and wider for the sm breakpoint.

Since (xs) is the default breakpoint, the col-12 is implied. So, this:

Is effectively the same as this:

Rows are display:flex, and therefore columns are equal height in the same row. Use auto-margins or flexbox align-items and justify-content for horizontal or vertical alignment.

With this article at OpenGenus, you must have the complete idea of Grid System in Bootstrap.

In this article, we will see in detail the need to pause a running JavaScript code and what are the different ways in which one can achieve it like SetTimeout and async/await.

The statement "using namespace std;" is generally considered bad practice. The alternative to this statement is to specify the namespace to which the identifier belongs using the scope operator(::) each time we declare a type.