Idea 1: Use many “slimmed down cores,” run them in parallel 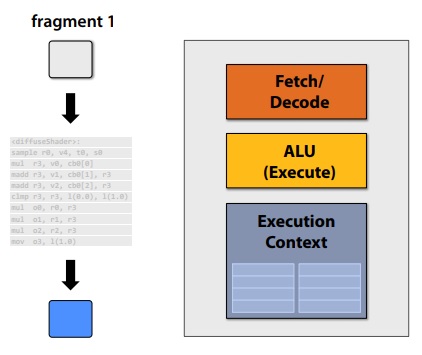 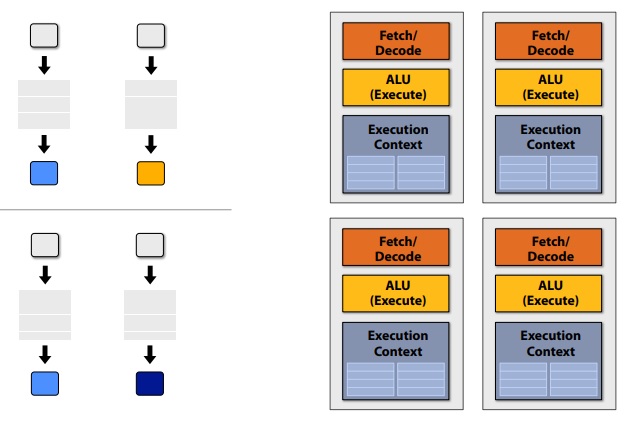 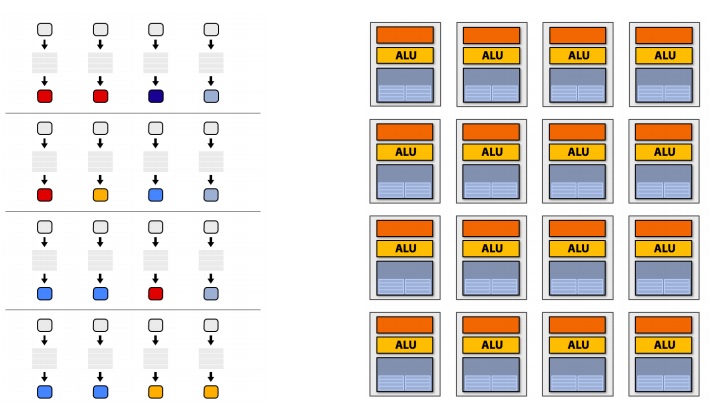 Idea 2: Amortize cost/complexity of managing an instruction stream across many ALUs 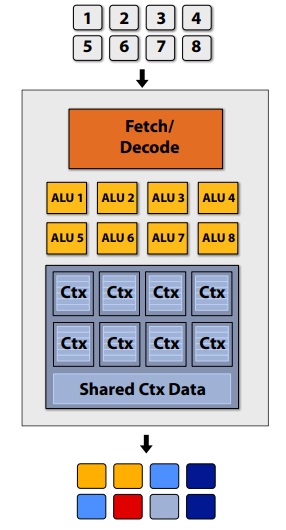 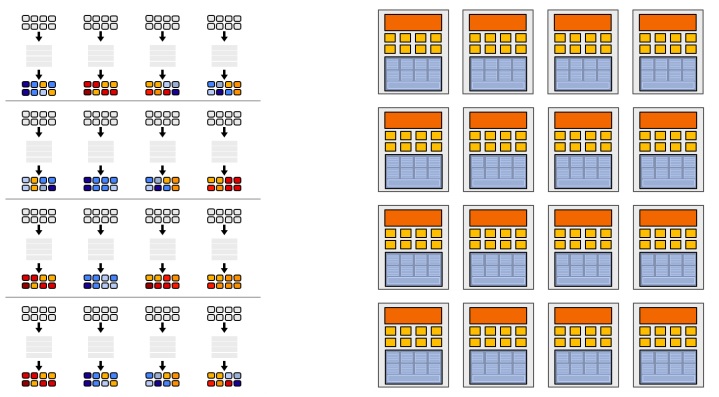 In modern GPUs: 16 to 64 fragments share an instruction stream.

Idea 3: Interleave processing of many fragments on a single core to avoid stalls caused by high latency operations 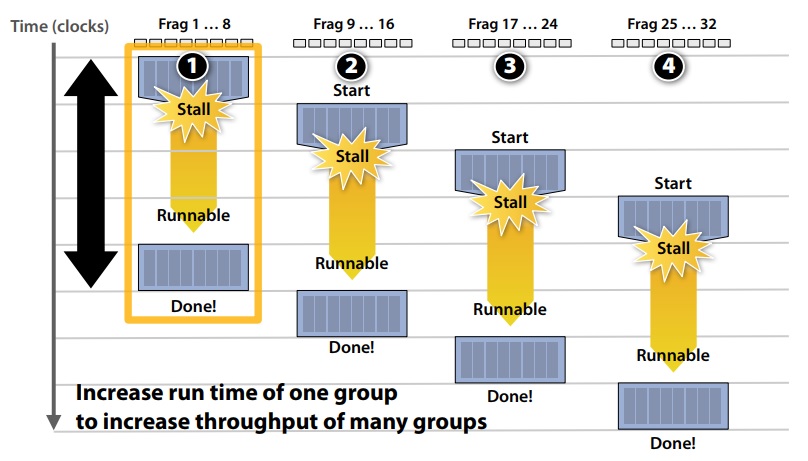 To maximize latency hiding, the context storage space is split into multiple components as demonstrated:

Our overall design has the following specifications: 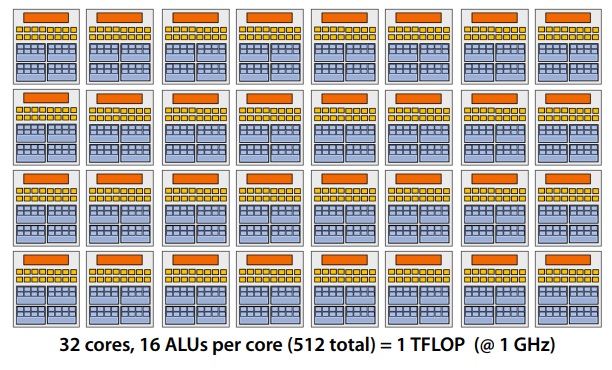