In this post, we discuss various approaches used to adapt a sequential merge sort algorithm onto a parallel computing platform. We have presented 4 different approaches of Parallel Merge Sort. 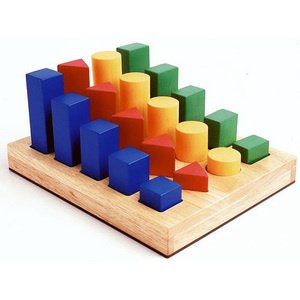 Merge sort is a divide and conquer algorithm. Given an input array, it divides it into halves and each half is then applied the same division method until individual elements are obtained. A pairs of adjacent elements are then merged to form sorted sublists until one fully sorted list is obtained.

Let us get started with Parallel Merge Sort.

The key to designing parallel algorithms is to find steps in the algorithm that can be carried out concurrently. That is, examine the sequential algorithm and look for operations that could be carried out simultaneously on a given number of processors.

Note: The number of processors will influence the performance of the algorithm.

In this approach we can assume we have an unlimited number of processors. Looking at the merge sort algorithm tree in the sequential algorithm we can try to assign simultaneous operations to separate processors which will work concurrently to do the dividing and merging at each level.
Given the list [9, 3, 17, 11, 6, 2, 1, 10] and 8 processors.
Here is how the algorithm would sort it parallelly,pms

Merging would start at the bottom of the tree going up.
Considering the sequential algorithm merge sort tree, tree work would start from the 4th level after the list has been divided into individual sublists of one element, each of the n processors would be divided among the 4 sublists of 2 pairs and merge them together, once done, going down the tree, 2 processors can work on merging the 2 4-element sorted sublists and finally one process can merge the 2 halves to create a final sorted list of 8 items.
Each processor will be executing in parallel at each level of the tree.

A more realistic case is when the number of processors is fewer than the number of elements to be sorted, therefore we need a strategy for dividing work among the given n processors.
Assume an large input of size n, each of the p processes sorts n/p of the original list using a sequential quick sort algorithm. The two sorted halves are then merged by the parent process and this repeated up the tree until there are two halves each of which are merged with one process at the top of the tree to obtain a fully sorted list.

For parallelizing the OddEvenMergSort() algorithm, we can run oddEvenMerge() and compare-and-swap operations concurrently.
That is,

Given the bitonic sequence below.

We can perform a compare and swap operation with elements from both sides to obtain tow bitonic sequences whereby all values in one sequence are smaller than the other values.

Obtaining the result we can further apply compare-and-swap operation, with the following in mind,

Note: Bitonic parallel sorting is usually done when a list of size is given as the input otherwise it fails.
We will consider an unsorted list of size in this analysis.
There are n steps, with each step working concurrently.
In total it will take,

The total time complexity is

As we have seen in the previous approach, there is a need for load balancing, as we go up or down the tree, some processors will be idle while others are assigned work load at each level.
This approach aims to distribute work onto all processors such that they all partake in merging throughout the execution of the algorithm.
This would achieve more parallelism and achieve a better time computational complexity thereby shortening the sorting time.
The additional complexity with this approach is how to merge two lists that are distributed among multiple processors while minimizing elements movement.

To reduce costs during swapping elements, index swapping is used, this is when a processor has to send most of its elements to partner processor and receive the same equal amount, the algorithm will instead swaps the logical ids of the two to minimize element exchange.

You can read more on this approach here (PDF) explained by Minsoo Jeon and Dongseung Kim from Korea University.

With this article at OpenGenus, you must have the complete idea of Parallel Merge Sort.

In this article, we discuss hash tables and their implementations on a larger scale while maintaining its computational complexity that is Distributed Hash Table.

We all must the idea of the Constructor in Java. But the difference is, the Static Initialization Block is a set of instructions that are run only once when the class is loaded into memory.