Let us get started implementing Bubble sort in a list in Python. 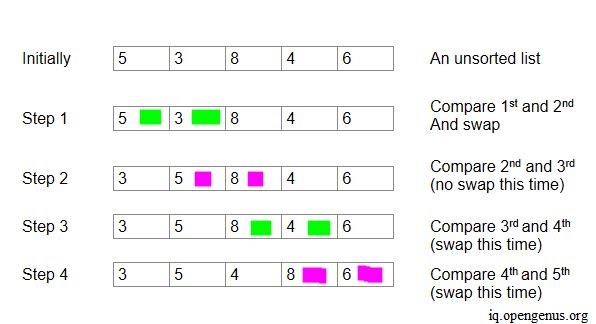 The bubble sort algorithm can be easily implemented using a for-loop. Implementation requires the following steps-

The following program sorts an unsorted list using a for-loop and prints the final output.

Running the above program gives the following output.

What does bubble imply in Bubble sort?

We will learn about prime numbers and the twin prime conjecture. We will also look at an efficient algorithm for finding the first twin prime pairs up to a number N.

An important aspect of Object-oriented programming is the usage of classes and objects. We have covered different types of classes in C++ such as Standalone classes, Abstract base class, Concrete Derived Class and much more.