A structure is defined as a collection of same/different data types. All data items thus grouped logically related and can be accessed using variables.

Let us get started with Structure (struct) in C.

Basics of Structure in C

"Struct" keyword is used to identify the structure.

It is possible to declare variables of a structure, either along with structure definition or after the structure is defined. 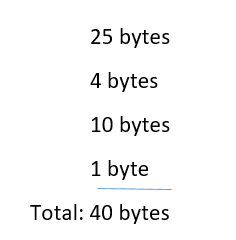 Note: We avoid this way of defining and declaring the structure variablesm because of the following reasons:

The Structure definition associated with keyword typedef is called type-defined structure.This is the most powerful way of defining the structure

It can be initialized in various ways

Method 1: Specify the initializers within the braces and seperated by commas when the variables are declared as shown below:

Method 2: Specify the initializers within the braces and seperated by commas when the variables are declared as shown below:

Array of Structure in C

The array of structures in C are used to store information about various member of different data types.It is also known as collection of structure.

Nested structure means structure within structure. As we have declared members inside the structure in the same we can declare declare structure.

With this article at OpenGenus, you must have a complete idea of structure (Struct) in C / C++ Programming Language.

We have explored about __builtin_popcount - a built-in function of GCC, which helps us to count the number of 1's(set bits) in an integer in C and C++. POPCNT is the assembly instruction used in __builtin_popcount.

We have covered common ML tasks/ applications with respect to image and textual data along with the models used and examples of its use in various domains.