Binary tree is a special type of data structure that has collection of elements known as nodes. The topmost node is called parent node. Each node has either zero, one or two child nodes. A node with zero children is called Leaf Node or Terminal Node.

In this article, we will explore the algorithm to check if a Binary Tree is balanced by height or not.

Based on below image let us understand some important terminologies: 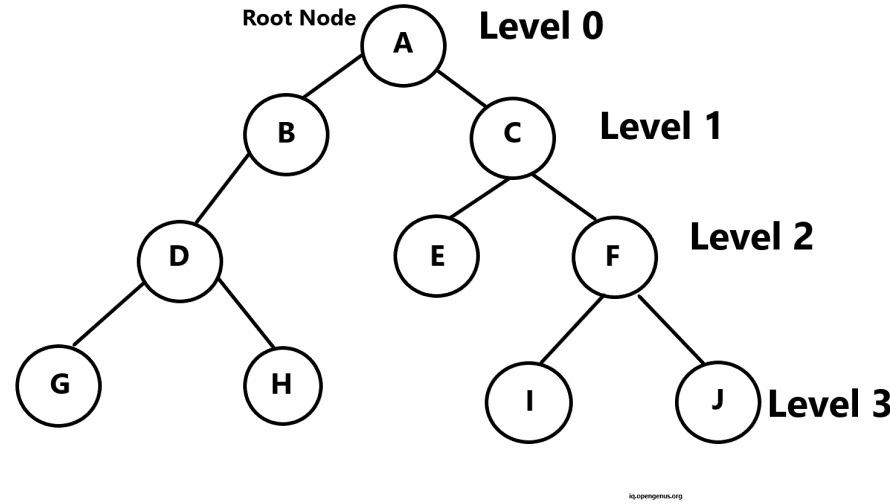 If any node has a child node on left and/or right then that node is called the parent node to those successor child nodes. All nodes except root node have a parent node.

Example: A is the parent node to node B and C.

Each node have a level number in binary tree starting from the root node at level 0. Every child node has parent's level number + 1.

Example: B and C are at Level 1 whereas their parent node A is at Level 0.

The degree of a node is the number of children of that node. Hence, the degree of leaf node is 0.

Example: Node E in above image has degree 0. However, node A has degree 2.

All nodes at the same level with same parent are siblings.

Example: Node G and H are siblings since they are both at Level 3 and have common parent D.

Any node with no children is leaf or terminal node.
Example: Node E, G, H, I and J are leaf nodes.

An edge is a line connecting a node to its successor nodes. A binary tree of n nodes has exactly n-1 edges. The reason behind it is that except root node, all other nodes are connected to their parent node via edges.

The sequence of consecutive edges is known as a Path of the node.
Example: The path from node G is node D, node B and node A.

The length of the path from the root node to the given node is called depth of that node.
Example: Depth of node A is 0 since it is the root node itself.

It is the length from the root node till the node of maximum depth. If the height of any tree is "h" then it can have h nodes or at most 2h-1 nodes.
The height of a binary tree with n nodes is at least log2(n+1) and at most n.
Example: Height of above tree is 3.

Below is the figure of the binary tree. 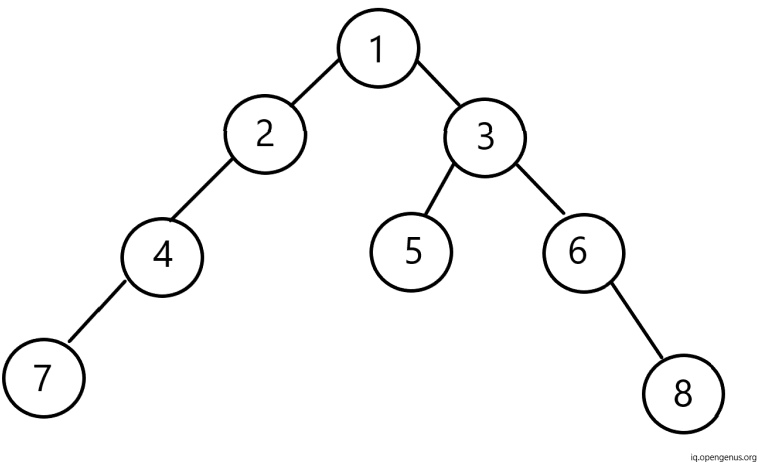 Checking if a binary tree is balanced:

A tree is said to be balance if:

Example:
Considering the binary tree below, 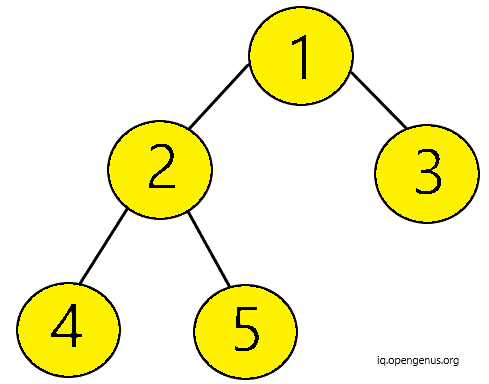 Firstly, our node is not NULL.
Hence, we proceed to check the height of left subtree first.

This way all nodes satisfy the required condition. Hence, our binary tree is balanced.

Let us implement it via code :

The time complexity of this approach is O(n).

Hence using the above described approach in Opengenus article you can easily find out if a binary tree is balanced by height or not.

A manager said Donald Knuth is too theoretical and he would not hire him to lead his team or as a programmer. Donald is widely respected for his theoretical contributions and have been recognized with awards. We will show that Donald is practically strong as a programmer as well.

A Linked list is a dynamic data structure which can grow or shrink on demand. It is usually implemented using NULLs, we will consider an alternative no NULL approach and use placeholder nodes.

OpenGenus IQ: Computing Expertise & Legacy
—
Check if a Binary Tree is Balanced by Height
Share this