In this article, we have explored Euler’s Polyhedron Formula in depth with examples, proof and applications in real life problems.

The formula in mathematical terms is as follows-
F+V-E = 2,

where F, V and E stand for the number of faces, vertices and edges in a polyhedron.

To better understand this formula, we need to understand polyhedrons in general.

A polyhedron is a 3d shape that has flat polygonal faces. Lines joining these faces are known as the edges. In addition, we call the corners of these polygonal faces the vertices.

To further understand Euler’s formula, we can take the example of a cube. 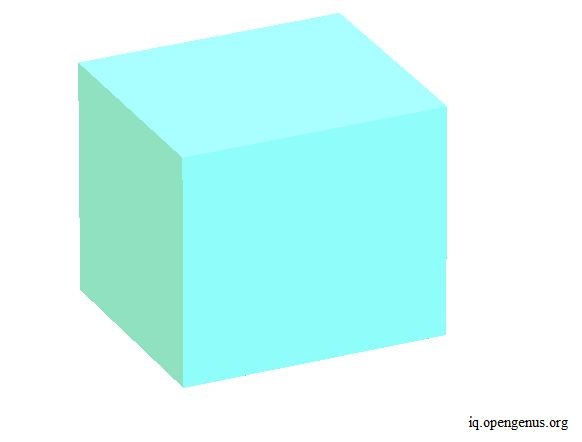 A cube has six faces- top, bottom, left, right, front and back. Counting the corner of all these faces gives us eight vertices. Joining all the faces, we get 12 edges. So according to the formula we get,

As we can observe from above, adding the number of vertices and faces together, and then subtracting the number edges from the resultant sum, gives us the number two. 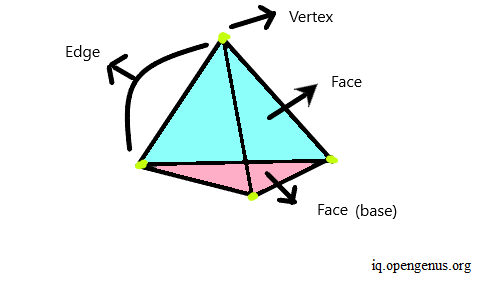 This polyhedron has four faces-bottom, front, left and right. In terms of vertices, there is one common vertex shared by three faces at the top. We also have three more vertices, created when the three faces share an edge with the bottom face. This gives us four vertices. In terms of edges, there are three at the bottom and we get three when the side faces join with each other, using a common edge along the side. So, in total, we get six edges.

Applying Euler's formula, we get -

which is as per the result we would expect from the formula.

Another example to consider is an Octahedron. 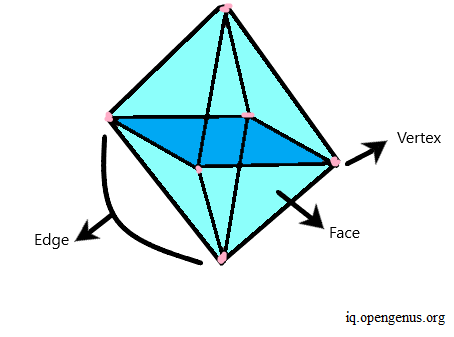 In actuality, the square base is an illusion, that appears when we join the four top faces using one shared edge, at each side, with the bottom four faces. So, we have in total, eight faces.

We can also look at the case of a Dodecahedron. This Polyhedron contains pentagonal faces. 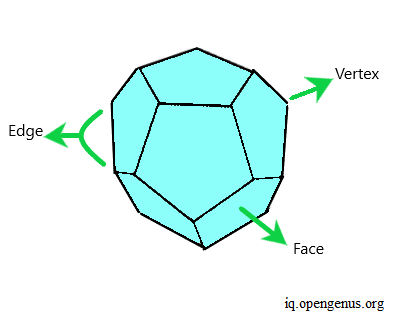 As an extension of the two formulas discussed so far, mathematicians found that the Euler's characteristic for any 3d surface is two minus two times the number of holes present in the surface.

Χ = 2-2g, where g stands for the number of holes in the surface.

Mathematical Proof and converting into Network

We prove Euler's theorem using mathematician Cauchy's method. In this method, we convert the polyhedron into a network. To convert the polyhedron into a network for our proof, we first remove the top face from the cube. Then we flatly lay down each of the remaining faces, ensuring that they still remain connected to each other as shown in the image below.

We begin by ensuring that there are no faces with more than three edges. If there is such a face, we divide the face into further triangular faces using a diagonal.
We continue to repeat this step until there are no such faces, as shown below. 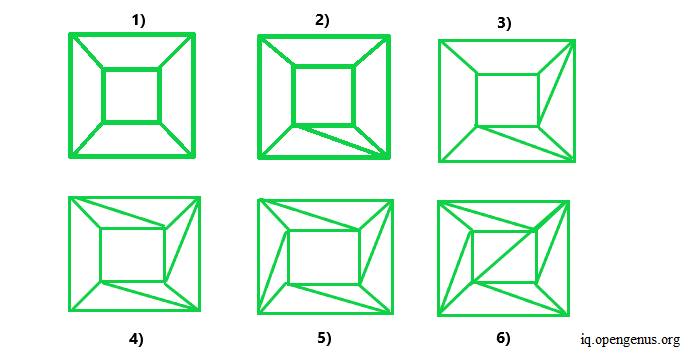 So, at each step, we have one more face, one more edge and the number of vertices stays the same at every step. Therefore, using Euler’s formula, we get-

At each stage of step one, we observe that Euler’s formula always holds till the end. This is shown in the image below.

Therefore, the result still holds as per the formula.

In step two, we start removing faces if they share one edge with the external face. We continue to remove such faces, till we no longer have them in our network. We can observe this at each stage in the image below.

In the final step, we remove each face that shares two edges with the external face. We continue to do this till all such faces are removed. During this step, we may also repeat step two, but only if in case there are no faces with two shared edges with the external face. We continue doing this, and in the end, get the final triangle as shown below. 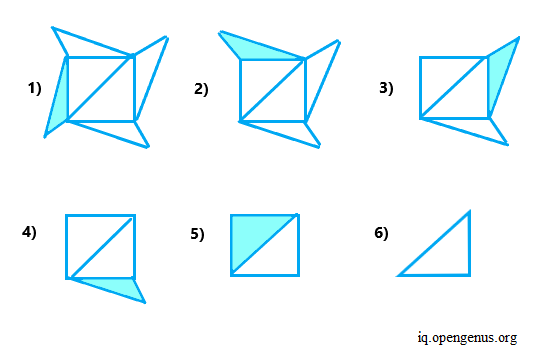 As observed, in the very end, we get a network that has two faces, one internal and external, three edges and three vertices.

Applying the Euler's formula, we get-
3-3+2,
which gives us the result two as expected.

With this article at OpenGenus, you must have the complete idea of Euler’s Polyhedron Formula.

In this article, we have explored How Clients and Servers Communicate and Types of Client Server Communication such as HTTP Push and Pull, Long Polling and much more.