The initial setup follows the usual setting up of C++ file, so create a file named "mkdir.cpp" and here we will write our implementation code,

After the correct setup the directory tree will look like this,

For the implementation of the logic we will need several header files, namely,

Then let's move to the implementation part,

Now we'll require command line arguments for the successful execution of the command. So we'll define the main function with arguments as,

What this does is allows the user to pass the names through command line, such as the name of the directory to be created, so at the time of execution we could pass the name as,

Now we'll use the prebuilt function mkdir in C++ to create a directory, this function takes two arguments, the first one being the filename and the second one is the file permissions for user,group and others.

Now what if the directory doesn't exist? You guessed it right! We'll create one!

So the complete implementation of the file will look like,

For running the file, we'll use terminal, or you could do it with any compiler of your choice,

Here I'll use terminal and make command to compile the file,

Then to run the file we'll use ./mkdir along with the filename,

Now by listing the filesystem we could see that the directory named test has been created! 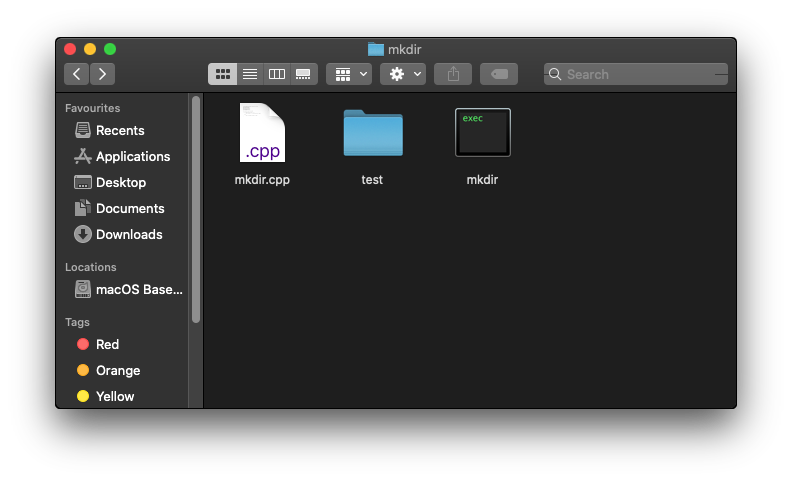 So here our implementation is concluded and is working successfully in creating the directories!

We have developed the rmdir command of UNIX systems in C and C++ by using the remove and nftw system functions to delete a directory.

We have developed the cd command of UNIX systems in C and C++ by using the chdir function.