In this article, we will learn about routing in web applications using Express which is a Node.js framework and Postman which will allow us to do API testing. Routing is the technique which allows us to map different URLs to different web functionality or templates. We will go through the basics of Express and Postman before going into our demonstration.


Now, before we move on to writing our Express code, we first need to install a tool k/a Postman.
Postman is a beautiful tool that allows us to do API testing and much more.
Head over to https://www.getpostman.com/downloads/ and download the app for your respective system.
After it is downloaded, install it in your system, and open it.

In a nutshell, Postman provides us with every basic service needed to build an API.
So let's start building our API and use Postman for testing it. Besides Postman, there are other similar tools that allow you to test your API, like RapidAPI or Apigee.

Here, we are telling Express that whenever someone uses that specific http header for that specific route, do what's specified in the callback function.

The callback function accepts two parameters - the request(req) and the response(res).


Here,
We have specified the http Header (GET), and told Express that whenever someone makes a request on the / route(which is the root route basically), with the GET header, send a response(res) with status - 200 that means (OK) and a json response with the message field.

You can see that we got the correct reponse, with the status code that we sent.

Note: If we want to send JSON as the response, we need not specify Content-type , we can simply use .json on the response object.

We can check the Content-type from Postman here - 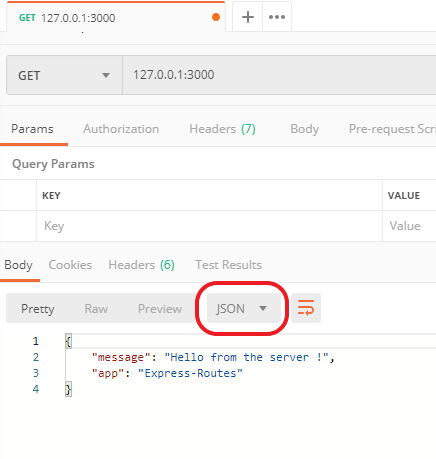 
Here, we have just changed the HTTP header to POST. Save the file and let's test it -
We get the following result in Postman 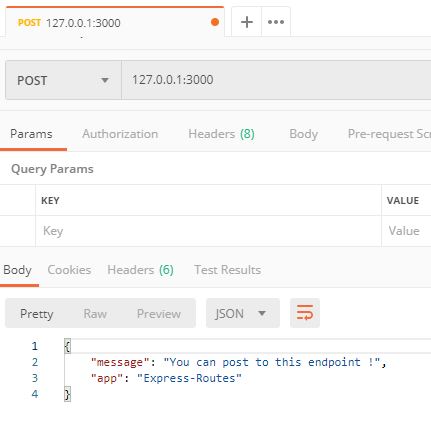 We can also check Headers of our app in Postman,


With POST request we can send data from client to the server, and this data is present in the request(req) object.

Here, we will be reading data from the client which is present in req.body and sending the data as a response also.

You can send data in Postman under the Body field. So, here we will be sending data in JSON format, so we'll specify the Content-type in body as JSON too.

Now, save the file and test it on Postman, we get the following response - 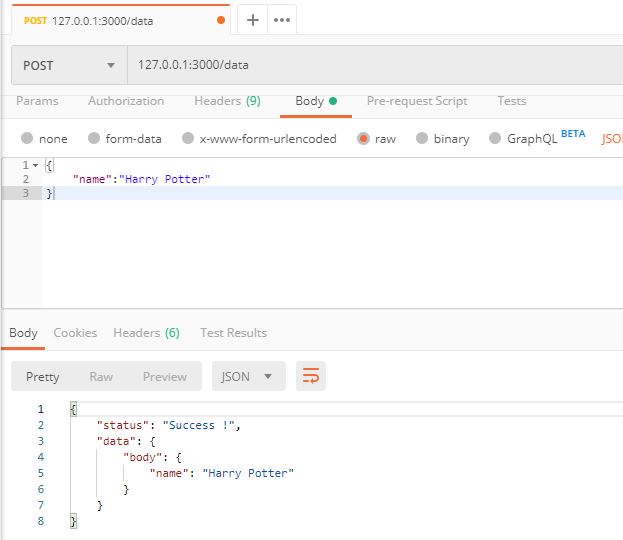 Fabulous ! 🎉
But we are yet not done. Let's learn to handle non-existing routes in Express too.


Include the following code to handle routes that we did not specify in our app,

Here, * refers to all. Make sure you add this piece of code after all the routes
Note that we specified the status code as 404 which means Not Found.

Now, if we try for a route that does not exist, Postman gives us the following reponse -

Congratulations ! 🎉 Now you are all ready to use Express for your real world applications.

Note : In case you missed anything, you may refer this code.
Do not forget to use npm install to install all the required dependencies before you run it.

In this article, we learn about the request-response cycle in Express and move on to the concept of middlewares.

Function pointer in C is a concept where a pointer variable can point to the memory address of a function.